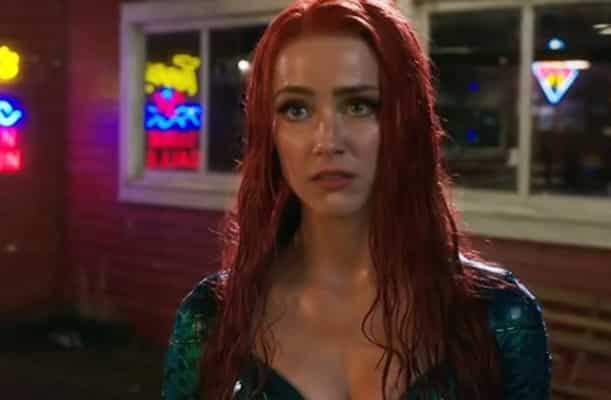 It seemed like there were mixed reports at one point in time regarding whether or not Amber Heard would reprise her role as Mera for Aquaman and the Lost Kingdom. After all, the actress has been busy in a variety of legal entanglements with her ex-husband, actor Johnny Depp. Despite the controversy, however, it was confirmed that Amber Heard would indeed be returning for Aquaman and the Lost Kingdom. Now, in a new behind the scenes image which shows Amber Heard training for the film, it appears she’s rather exhausted with all the work.

This is what she shared on her Instagram page, along with the caption:

“Another day at the office”

At this rate, and with the upcoming film currently undergoing shooting, we should expect to see more images and news in the near future. This, of course, includes Amber Heard’s participation in the film. Which, as this new behind the scenes image reveals, is clearly going to be a lot of work for Amber Heard. So perhaps we should expect her to play a decent part in the upcoming film on top of returning as Mera. We’ll just have to wait and see what happens – so stay tuned to ScreenGeek for updates as we have them.

The film will once again star actor Jason Momoa as the titular superhero, Aquaman. The aforementioned Amber Heard will reprise her role as Mera. The cast also includes Patrick Wilson as Ocean Master, Dolph Lundgren as King Nereus, and Yahya Abdul-Mateen II as Black Manta.