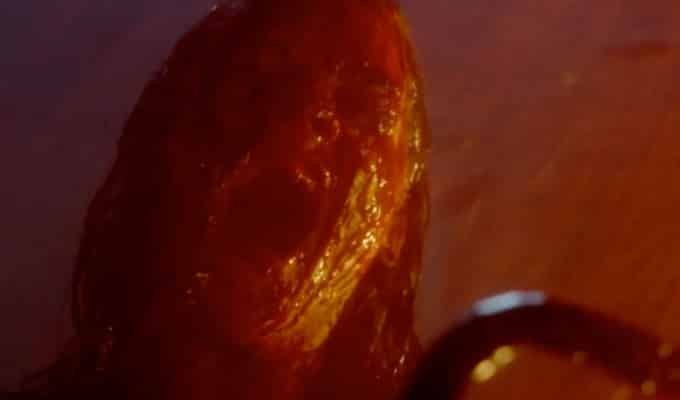 Many horror fans are ecstatic about Evil Dead Rise, the upcoming fifth film in the beloved horror franchise. There are always plenty of good reasons to be excited for a new Evil Dead installment, especially for those who enjoy plenty of gore with their horror. As it turns out, it indeed looks like Evil Dead Rise will be following in the footsteps of the 2013 remake – at least if the following set photo is anything to go by. As shared by director Lee Cronin, it appears that one part of the Evil Dead Rise set is actually completely soaked in blood.

As shared by Cronin on Twitter with the following caption:

It’s unclear what could be the specific cause of all this blood in Evil Dead Rise. But it would be easy to assume that there were plenty of murderous Deadites to blame. Whether the blood is theirs or their victims is yet to be seen, but it definitely guarantees that the movie will be hard-R and incredibly violent. Which, again, is good news for fans of the Evil Dead franchise. Hopefully we’ll have more news as shooting on the film continues moving forward.

“A road-weary Beth pays an overdue visit to her older sister Ellie, who is raising three kids on her own in a cramped L.A. apartment. The sisters’ reunion is cut short by the discovery of a mysterious book deep in the bowels of Ellie’s building, giving rise to flesh-possessing demons, and thrusting Beth into a primal battle for survival as she is faced with the most nightmarish version of motherhood imaginable.”

Lee Cronin is directing the film, while original Evil Dead veterans Sam Raimi, Bruce Campbell, and Robert Tapert will be producing the film.

Evil Dead Rise is currently scheduled for a release on HBO Max – with no official date yet.