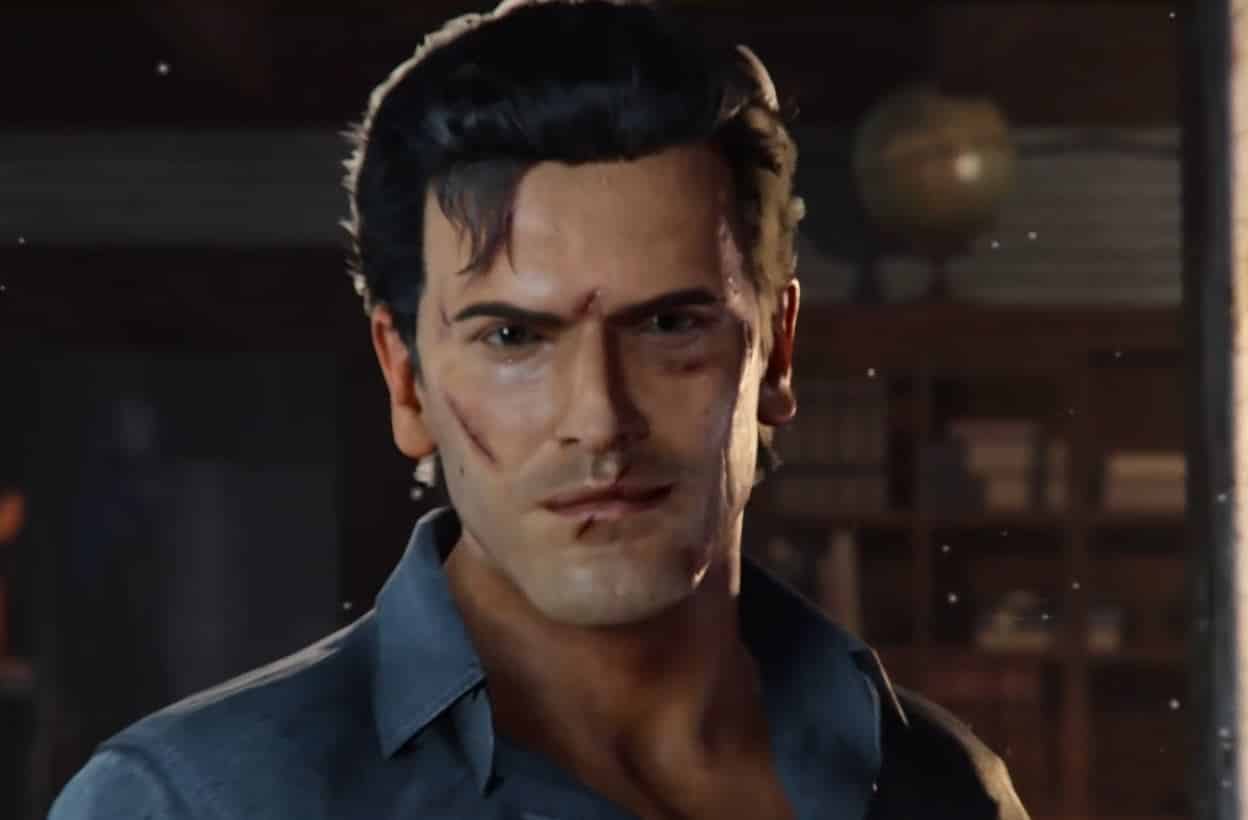 After the conclusion of Ash vs Evil Dead, fans have been begging for the return of actor Bruce Campbell as Ash Williams. The time is finally near, as Bruce Campbell will be voicing Ash Williams for an all-new video game, Evil Dead: The Game! As you can see in the trailer for the game released below, the game will include a variety of characters from throughout the horror franchise. Aside from the obvious Ash Williams, there appears to be Marcus Gilbert’s Lord Arthur from Army of Darkness, Dana DeLorenzo’s Kelly Maxwell from Ash vs Evil Dead, and even Richard DeManincor’s Scotty from the original Evil Dead movie.

It’s an exciting cast of characters, and one can only assume that there could be even more on the way. (Pablo, anyone?) In any case, the footage also shows an incredible amount of detail in regards to the iconic cabin setting and even Ash’s signature car, the 1973 Oldsmobile Delta 88 Royale. This is definitely a game that should please all fans of the franchise.

While there isn’t much else known about the gameplay, it appears that Evil Dead: The Game will include both co-op and PvP. As such, fans can expect to head into gory battles against the Evil Dead with and against their friends. Hopefully we’ll have more information as we approach the game’s release date. In any case, it’s nice to finally have a trailer for the game and an idea of what to expect. What’s more, this isn’t the only upcoming iteration of the beloved Evil Dead franchise. In fact, a new movie currently titled Evil Dead Rise is in pre-production.

The new Evil Dead: The Game is brought to us by Boss Team Games and Saber Interactive. The game will be available on PlayStation 5, Xbox Series X, PlayStation 4, Xbox One, Switch, and PC sometime next year in 2021.