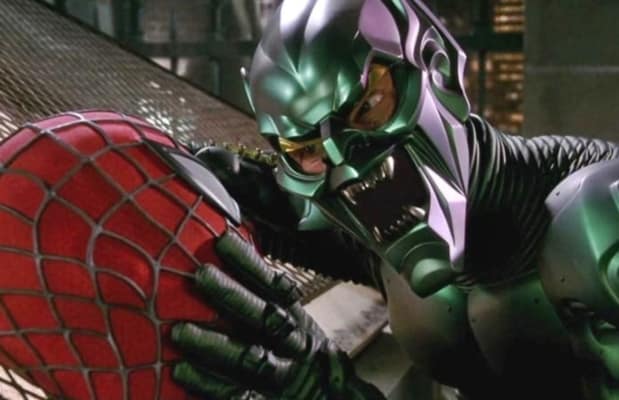 The amount of rumors and lack of news and a trailer from Sony Pictures and Marvel Studios on their joint venture of Spider-Man: No Way Home has many fans fuming. The movie, which is at this time still set to be released in just four months, doesn’t even have as much as a teaser hyping up a film that is arguably the most anticipated comic book movie of all time at this point. Between what we do know, like the confirmed returns of Jamie Foxx as Electro and Alfred Molina as Doctor Octopus, and the countless rumors of a live action Spider-Verse, everyone is trying to get some kind of insight into what is to come. Now, adding fuel to the fire, one rumored returning actor in Willem Dafoe has expertly sidestepped the question of his question.

Dafoe, who played the Green Goblin in the Sam Raimi Spidey flicks, has been rumored for a while to return in this potentially multiversal adventure for the Wall Crawler. Along with the talks of Tobey Maguire and Andrew Garfield returning, Dafoe is also on the long list of rumors for the third film linked to the Marvel Cinematic Universe. The Wrap interviewed the actor in regards to an upcoming video game project and approached the question. After he side stepped it and continued on about the game, the interviewer pressed on and basically made the assumption that Dafoe’s response would have to be a ‘no comment’ answer for now. Here is how he responded:

“I’m afraid so. I got lots of stuff happening now. And, you know, I always feel like when a film comes out, that’s when it’s time to talk about it.”

Of course, this only makes fans think that Dafoe has been sworn to secrecy with an NDA and can’t talk about his involvement. Because if he wasn’t involved, why not just say he’s not involved? Then again, he could also not want to crush fans’ dreams nor ruin any surprises in the film, so by not answering the question directly, he doesn’t break any of the current rumors. In other words, we still have no idea whether Willem Dafoe will be returning for this movie or not.

However you take his ‘no comment’ style response, fans are beyond excited to see what this film has to offer and who all will return from the past franchises to join this incredible adventure, hopefully including Willem Dafoe.

What do you think of Dafoe’s vague response about Spider-Man: No Way Home? Let us know in comments below!