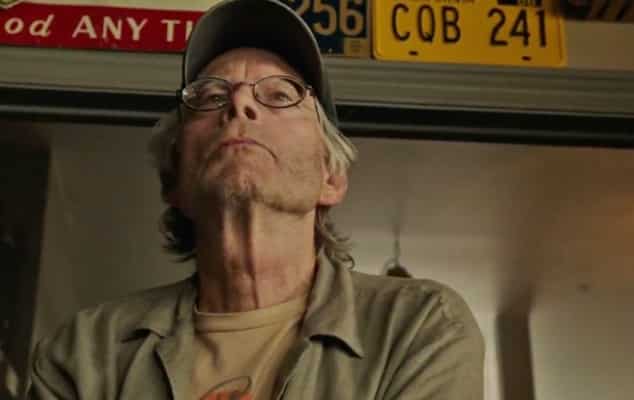 Stephen King is one of the most notorious authors of all time, having written some of the most iconic horror stories available. As such, it’s safe to say that his recommendations mean a lot to a lot of people – in fact, they’re one such reason that the original Evil Dead once did so well financially. But what about modern day horror movies? If you’ve ever wondered what Stephen King has to offer on that front, he’s actually made a wide variety of recommendations on Twitter over the years. In fact, quite a few of these horror movies recommended by Stephen King are available to stream on Netflix.

As such, here are a few of the horror movies available on Netflix that horror author Stephen King has recommended to his followers over the years:

Sometimes an excellent small movie falls through the cracks. That’s the case with THE CLOVEHITCH KILLER (Netflix). I found it unbearably suspenseful. Your mileage may vary, but be warned. Not for the faint of heart.

CALIBRE, on Netflix: This one is a genuine nail-biter. It’s got a Hitchcock vibe with a little bit of THE WICKER MAN tossed in for good measure.

How good is HUSH? Up there with HALLOWEEN and–even more–WAIT UNTIL DARK. White knuckle time. On Netflix.

Was treated to a screening of Guillermo del Toro’s new movie, CRIMSON PEAK, this weekend. Gorgeous and just fucking terrifying.

I was absolutely riveted by BIRD BOX (Netflix). Don’t believe the lukewarm reviews, which may in part have been caused by reviewers’ ambivalence to the streaming platform, as opposed to theatrical releases.

It’s interesting to see some of these choices Stephen King has made, as it’s obvious he doesn’t stick to one specific genre or style. Much like with his writing, Stephen King can apparently adapt to enjoying all types of horror or entertainment – and that just goes to show how worthwhile his recommendations really are. It’s also nice that he’s willing to give all of these horror films an extra push on social media, something he’s clearly loved to do since the early days of his career like promoting the aforementioned Evil Dead. There’s perhaps no better way to promote a horror film than by word of mouth, so taking these recommendations into consideration, perhaps fans should definitely give these Netflix horror films a chance.

In the meantime, for those Stephen King fans that prefer to stick with projects directly related to the beloved author, they’re in luck there too. A variety of adaptations based on Stephen King’s works are currently in different stages of production. This includes new adaptations of Firestarter and Christine, two very iconic pieces of Stephen King’s bibliography. So if his Netflix recommendations don’t do it for you, these new movies certainly should.