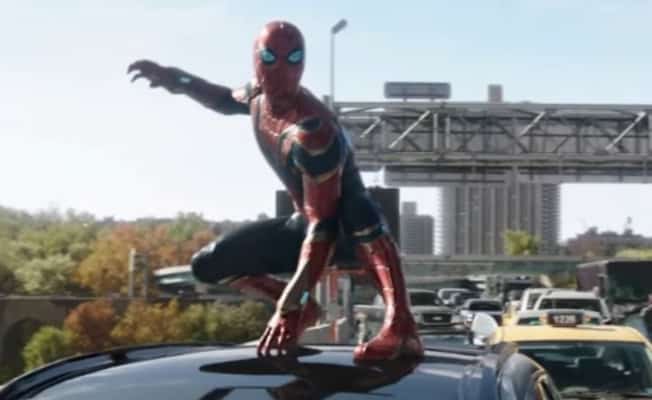 The first trailer for Spider-Man: No Way Home was released this week, and as expected, it went viral. Marvel fans had been clamoring for it for a while now, so it was expected. As with every MCU trailer, there are tons of breakdowns and theories that spawn from them – and this one is no different. Fans seem to think that an interaction with Tom Holland’s Spider-Man and Alfred Molina’s Doctor Octopus is misleading us – but for good reason.

Some are pointing out that Doctor Octopus probably isn’t actually interacting with Holland’s Spider-Man – and that he’s actually interacting with Tobey Maguire‘s version of the character. This is entirely plausible, as Marvel Studios probably just opted not to show Maguire in the film’s very first trailer. We already knew Molina would be in the film when he confirmed it himself, so Marvel probably just decided to put him in the trailer for that very reason.

He is 100,000% talking to Tobey’s Spider-Man. There is no way he’s that familiar with Tom Holland’s Spidey yet. #SpiderManNoWayHome pic.twitter.com/pjUPQ23o5J

He says hello Peter but he isn’t familiar with this Peter, IT HAS TO BE TOBEY MAGUIRE. 🤞#SpiderManNoWayHome pic.twitter.com/PPRmlH8hdm

This shot right here, no over the shoulder, no wide shot.

I think “Hello, Peter” is Tobey’s Peter.
I’d imagine there’s a TON of creative/misleading editing in the trailer.

(Also glad I waited to see the teaser all finished, that was stunning).#SpiderManNoWayHome#NoWayHome pic.twitter.com/OuEJNm9G49

It’s also fair to wonder if the villain could simply be looking at a suited up version of Holland’s Spider-Man and just assume that it’s Maguire’s Peter Parker. For now, though, that’s all there will be – assumptions and theories – and we’re here for it – as they’re usually pretty interesting.