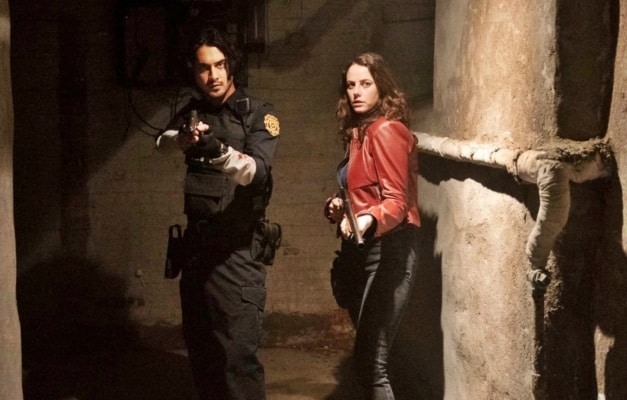 Director Johannes Roberts stated the following about his approach to the film and its monsters:

“I wanted to go back to the horror of it all. I wanted scares and atmosphere rather than full-on action. I think fans of the game felt the same.”

“They wanted to see the iconic characters and locations and feel that the movie was more in line with the game world so that’s really why we chose to go in that direction,” Roberts continued. “We worked hand in hand with Capcom on this movie to the point that we actually got blueprints from them on the designs of the Spencer Mansion and Raccoon police station in order to recreate them as perfectly as we could. We even have the exact artwork up on the mansion walls. Capcom saw it for the first time the other day and was so happy and excited.”

As you can see down below, also courtesy of IGN: 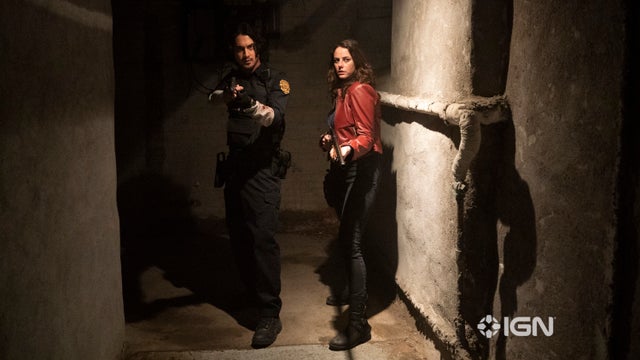 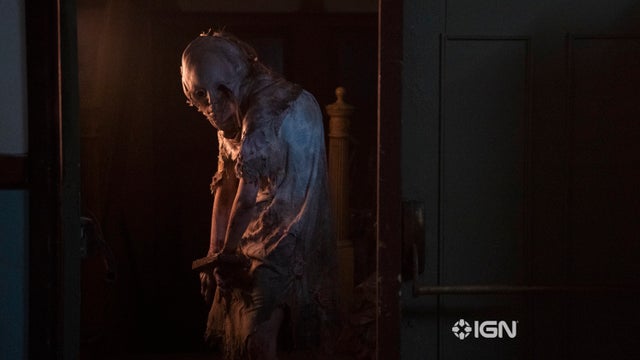 In a further interview with IGN, Johannes Roberts also discussed the feeling of the movie and some of the other influences beyond the games.

“The movie has a very old-school retro feel to it. I was hugely influenced by movies like The Exorcist (and Exorcist 3!), Don’t Look Now, and The Shining. You can really feel the texture in this movie,” he continued. “Nothing in this town feels hi-tech. It feels dilapidated. I wanted Raccoon City to feel a bit like the town in Deer Hunter; a ghost town forgotten by the rest of the world. And the whole structure of the film was definitely very influenced by Assault on Precinct 13.”

He also expressed how much effort was put into the details of the characters and monsters. And, as you can see from the above Resident Evil: Welcome to Raccoon City images, they did a great job at that. Especially with the eerie depiction of Lisa Trevor.

“We always returned to the game whenever we were looking at the characters and creatures and locations. It was our guiding star. Every character and creature is from the game and as such, I wanted to be as faithful as possible,” Roberts tells IGN. “I wanted to create a truly immersive feeling for the fans. But that also became the trickiest part of adapting a piece of IP like this because I didn’t just want to put the game on screen – it had to be its own thing with living breathing characters and creatures (and of course zombies!) that felt true to the world. There is some cool shit in there. I mean some of the creature stuff looks fucking incredible. It was a mixture of prosthetics, CGI, and creature performers. There’s some wonderfully freaky stuff in there. You’ll immediately recognize the creatures from the game but hopefully, we’ve gone beyond the game in terms of making these terrifying creations feel like they really could exist in real life.”

He further explained that the film will have plenty of Resident Evil content either never before seen in past films, or handled completely differently this time around.

Johannes Roberts both wrote and directed the film which adapts elements from the first Resident Evil game and its sequel Resident Evil 2.

Resident Evil: Welcome to Raccoon City will be available for fans to see in theaters on November 24, 2021.