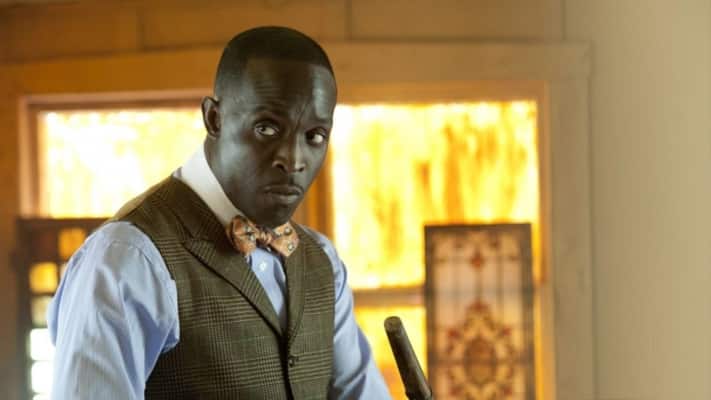 Michael K. Williams has sadly passed away. The actor, who had been staying busy on the big and little screen, was 54 years old. Officials over at the New York Police Department told The Wrap that the Williams’ body was found in his Brooklyn Apartment.

Williams starred in such HBO programs Boardwalk Empire as well as The Night Of and had been nominated five times for an Emmy award. His rise to fame came in the form of Omar from The Wire back in 2002. You’re probably hearing “here comes Omar” like many of the characters yelled out during the show’s run.

There have been reports from the New York Post that drug paraphernalia was found in Williams’ apartment, leading to the idea that his death might’ve been due to a drug overdose. Those stories have not yet been confirmed.

Michael K. Williams has had a history of playing complex roles with a large input of nuance and great emotional beats. His character, Chalky White from Boardwalk Empire was one of my favorite performances from the show. The talented actor kept that degree of skill and rose it to another level when he became part of the ensemble cast in Lovecraft Country. Which, he had recently received a supporting actor 2021 Emmy nomination.

Other shows Michael K. Williams also appeared on F Is for Family and Community that showcased the actor’s ability to step into the genre of comedy and hold his own.  In the world of film, Williams starred in 12 Years a Slave, Inherent Vice, Gone Baby Gone, The Road, Brooklyn’s Finest, and even showed up in Marvel‘s The Incredible Hulk.

“It is with deep sorrow that the family announces the passing of Emmy-nominated actor Michael Kenneth Williams. They ask for your privacy while grieving this insurmountable loss.”

Many have already taken to Twitter to share their sympathy and condolences for the loss of a brilliant actor who was even recognized in 2008 by then-Sen. Barack Obama. The former president has gone on record to say that The Wire was his favorite TV series and Omar was his favorite character.

It’s a great loss in the Entertainment world and to people who viewed the man as inspiration. His past has been brought up in interviews but Willams always looked at his experience as life lessons to learn from. R.I.P.