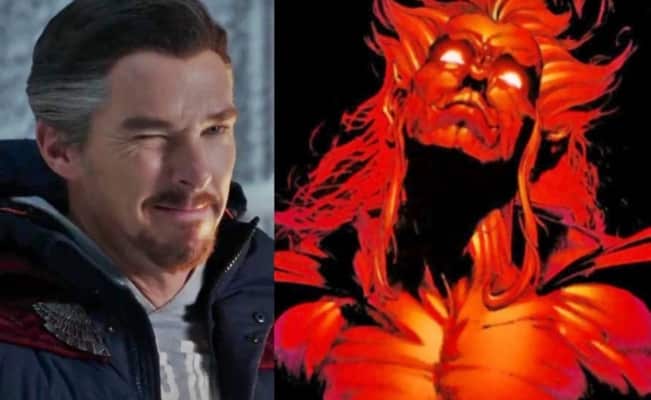 The Marvel Cinematic Universe is expanding in some interestingly supernatural ways, particularly through the use of the multiverse. Now with Spider-Man: No Way Home on the way, fans are attempting to piece together the overall multiverse puzzle and what this could mean for the Marvel Cinematic Universe. One such puzzle piece that has yet to be introduced into the MCU, as far as fans know, is none other than Mephisto. The character was once suspected to be the villain of WandaVision – which was proven incorrect as that role went to Agatha Harkness – but fans are still eager to see Mephisto in live-action. And some are theorizing that Mephisto could actually be arriving in Spider-Man: No Way Home – albeit in the form of Doctor Strange.

The theory mostly spawned after the release of the Spider-Man: No Way Home trailer. There was quite a bit of footage in the trailer, showing just how jam-packed the movie will be, but fans saw enough Doctor Strange to ponder if he could indeed be Mephisto in disguise. Particularly given his desire to alter the entire multiverse just so he could help Peter Parker with his Spider-Man identity problem. As suspected in the theory, there are two potential reasons for Doctor Strange’s actions in the trailer – the first being that Strange was planning on manipulating the multiverse anyway (possibly to take a look at the potential damage done by Wanda Maximoff and Loki) and he’s just letting Parker join in to grant his wish – and the second being that it’s actually Mephisto and not Doctor Strange.

The other element providing this theory credibility is that Peter Parker already made a similar deal in the comics, and it was indeed with Mephisto. In the storyline One More Day, which does appear to be a major influence on Spider-Man: No Way Home, Peter Parker makes a deal with Mephisto to save his aunt’s life – at the cost of his marriage with Mary Jane.

In ‘One More Day’, Peter seeks out Dr. Strange to travel back in time to save Aunt May and prevent the public from finding out he’s Spider-Man

He ends up making a deal with Mephisto, who erases his marriage to MJ from history along with everyone knowing he’s #SpiderMan pic.twitter.com/i0UaFkaWFp

Perhaps this does mean Doctor Strange isn’t just taking Mephisto’s place in this new movie – but that he actually is Mephisto. Or perhaps not. Fans will just have to wait for the final film to be released to find out.