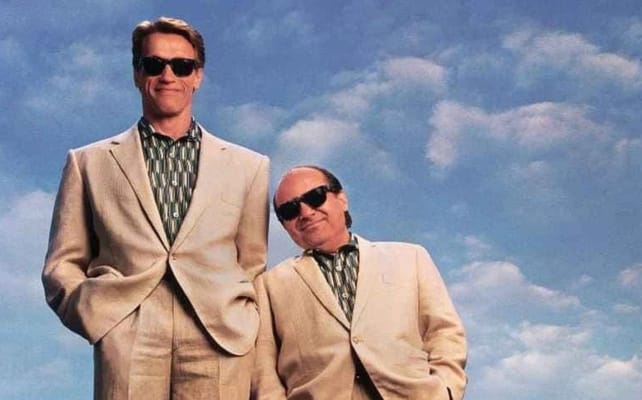 When it comes to comedy duos, you simply can’t ignore the odd pairing we got with Arnold Schwarzenegger and Danny Devito as unlikely brothers in the 1988 classic, Twins. The film is iconic, seeing two estranged fraternal twins who were created in a lab and then separated at birth come together on a crazy adventure. Ever since the film’s debut 33 years ago, talks of a possible sequel have been floating around the ether of Hollywood. Recently, those talks became more of a reality as director Ivan Reitman worked on a new scripts that would see a third brother join the fray. And that brother would have been played by a comedy icon in Eddie Murphy. Now, though, things have changed and another comedic legend is stepping in for Murphy.

According to Deadline, Tracy Morgan will now play the third brother in the sequel, Triplets. Reitman has been talking with Murphy for quite some time and wrote the role specifically for him, but coming off the success of Dolemite is My Name for Netflix and the sequel to another classic, Coming 2 America, Murphy is now busier than ever and scheduling conflicts are keeping him from the project, including work on yet another sequel to yet another classic franchise, Beverly Hills 4. However, Morgan is a very suitable replacement. Known for his stand up and his time on Saturday Night Live and 30 Rock, Tracy Morgan is amazingly funny and also seems to have great chemistry with everyone he works with on screen. The thought of Morgan joining DeVito and Schwarzenegger, adding his crazy kinetic energy to the polarizing duo, seems like a recipe for a sure fire hit.

While losing Eddie Murphy for this film does hurt a bit, getting Tracy Morgan to step in is an amazing get and will only help this project be the success it was meant to be.

Are you excited for Tracy Morgan to be the third triplet? Let us know in the comments below!