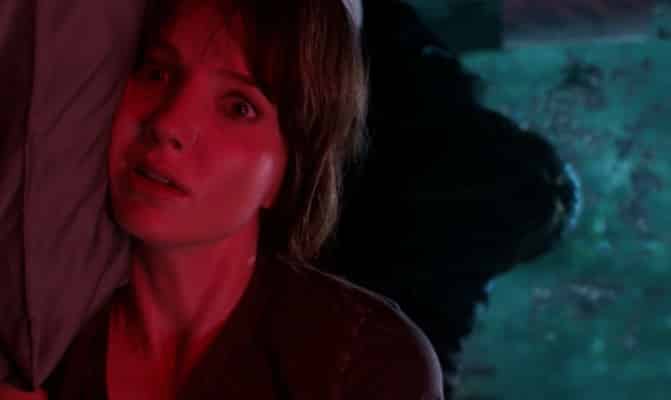 James Wan’s latest horror film has finally been released – and the internet is freaking out. If you haven’t seen Malignant yet, there are spoilers ahead. But for those who have seen the film, they know exactly just how crazy Malignant is. And, for better or worse, it has been a rather divisively received film as a result.

When Malignant was first announced, it was strongly hinted that the film would be something of a Giallo movie. This should’ve already pointed out just how different the film would be from Wan’s past works. If you’re unfamiliar with Giallo, it’s a type of Italian subgenre of horror. While they tend to be similar to traditional slasher movies, they have a heavy emphasis on mystery, black-gloved killers, and other similar tropes that are commonly seen throughout Malignant.

But where James Wan’s film differs, however, is that it seems to incorporate elements from a wide variety of other horror movies as well. This includes creature features like Basket Case, or perhaps even science-fiction films like The Terminator. It’s an incredible combination and one that’s directed to an oddly beautiful degree by James Wan and his studio-scale crew.

Of course, as stated, this has put fans into two divisive groups regarding the film. It seems some love it for its craziness. Others tend to hate the film, wishing that James Wan had instead made another movie similar to his past works like The Conjuring or Insidious. As you can see below, here are just a few examples of what the internet is saying about Malignant via Twitter:

Malignant is one of the biggest and best WTF movies I’ve ever seen. I’m astonished and speechless as the credits roll. I really wasn’t prepared for that, wow. This is the movie we need right now

#Malignant is a game-changer. Defying the boundaries of genre film, Wan has created something unique and terrifying. It’s a beautifully deranged work of art that is destined to become a cult classic. A love letter to the genre & its fans, this is Wan at his best. pic.twitter.com/Gohi7RAW3u

Entire second half: “WHAT?!!! I fucking LOVE THIS MOVIE.”

Not much else to add to the #Malignant conversation but I honestly haven’t laughed and been that giddy over a bonkers coocoofuckingbananas movie in ages. The wigs. The bad parking on a cliff. The holding cell. The twists. The tumors. God bless James Wan.

a lot of my issue with Malignant stem from the fact that it doesn’t commit to the camp. It’s obviously campy on purpose but doesn’t go far enough. A lot of the camp comes off as just bad, and not laughably bad.

Malignant is the first of James Wans horror films that feels actively BEHIND it’s time. Everything about this film feels like it was produced in 2005. It floors me that someone with his talent would release something this bad. It honestly looks line Paul W.S. Anderson shot this.

It’s unclear how Malignant will be received beyond its initial release. But for the time being, it seems that the film certainly has its fans – and perhaps could even evolve into a cult classic. While we might not be seeing its antagonist Gabriel in any sequels – at least not at this point – it’s nice to see Hollywood take some risks with the horror genre. After all, it’s movies like those that helped pave the way for where it is today.