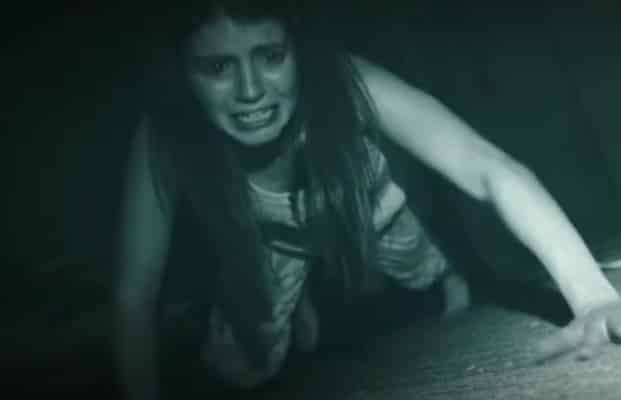 Audiences were excited to hear that a new Paranormal Activity film would be on the way. Especially considering the hiatus that the franchise has been in for the last few years. Of course, some have wondered if this new film would stray too far from its source – but it seems that’s not going to be the case. In fact, the new film – titled Paranormal Activity: Next of Kin – has actually been given an R-Rating. This places it with its predecessors, all of which have similarly received R-Ratings and now, we have a new trailer – and release date!

It appears that the new movie will be both familiar yet an “unexpected reimagining” for the franchise. And knowing the various concepts that have been introduced throughout the series, there are plenty of possibilities for them to go with this new movie.

What’s more, they shared a statement from ViacomCBS Streaming’s Tanya Giles regarding the new film:

“A new Paranormal Activity from Paramount Players should bring fans an unexpected reimagining of the beloved horror franchise. We’ll also be launching a documentary on the making of the Paranormal Activity. Both of which will be coming to the service in time for Halloween.”

When producer Jason Blum spoke about the movie, he said:

So I really encouraged all the creative people involved to think of something new. A lot of people who are going to go see the new Paranormal Activity were 3 years old when the first Paranormal Activity came out, so they don’t even know from those older movies. I thought if you were going to re-do it, you better really re-do it, not try and expand what we did all those years ago.”

The upcoming horror film Paranormal Activity: Next of Kin was directed by William Eubank from a script by Christopher Landon.

Paranormal Activity: Next of Kin will be released on October 29th on the Paramount Plus streaming platform – just in time for this Halloween season.