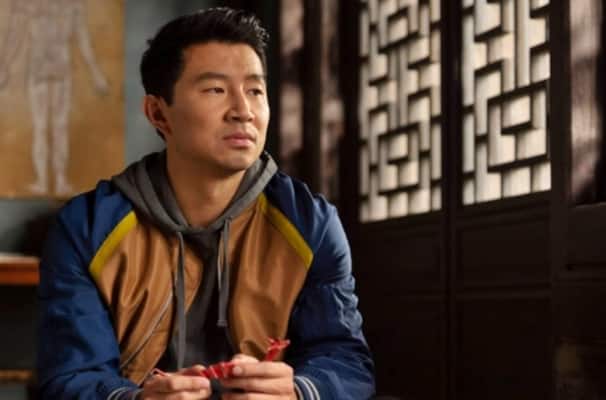 Shang-Chi and the Legend of the Ten Rings is currently breaking box office records and receiving praise from fans and critics alike. Though, it’s not been without controversy. The movie has not yet been released due to the comments that the film’s lead, Simu Liu, made about the country back in 2017, in which he spoke about how his parents used to tell him stories about what it was like being under communism – describing the country at that time being “third world” and that there were people dying from “starvation”. Now, other comments from the actor have resurfaced – with totally different subject matter.

Digging up old and potentially offensive things on social media isn’t exactly a new thing, as there are some people out there who are genuinely looking for something to be offended by. Whatever your stance on that may be, trying to “cancel” someone is a thing – and it has now happened to Simu Liu – and there are many different reactions. The controversy stems from what appears to be old Reddit account the actor had – and comments he made back in 2015 about pedophilia and homosexuality. Following that, there were others who chimed in with their own takes and apparent experiences – and some also coming to the defense of Liu.

It shows him commenting in the racist incel subreddit called into question (among other things) pic.twitter.com/SXyoKu2Kaf

this is in fact simu actually, seaching up his reddit account pops up his before mentioned AMA threads https://t.co/Fbjpj34nJM pic.twitter.com/OBUZAiDDZG

For anyone wondering if this is indeed his username, here is a post from two years ago listing his name in conjunction with the username.https://t.co/oX3LwsihBo pic.twitter.com/ewPF7qSmSH

Fuck it. The person in question is Simu Liu.

“But Edward? Why is being MRA so bad?”

It’s bad because it’s not just Simu. SO MANY of my Asian male community think this way. And even if they’re not, we are implicated by our silence whether we do secretly agree with it or out of fear that we would be mobbed for standing up.

I am ashamed that only the API women spoke up about this when the MRA movement first reared its ugly head while so many of my Asian male counterparts were either complicit in their anonymous actions or just silent.

There is an enormous amount of privilege that I and the writer of the @Slate article have and that is simply because we are dudes. But we should not be the reason why people are finally listening.

Listen to the API women. Hear their stories. Believe them. And share it.

FINALLY: My intent is not to cancel Simu. I once was an MRA and quite possible I still have traces of it now that I need to eliminate. Many of my Asian male peers are MRA, whether they admit it or not. Maybe Simu can change.

But change is only possible when one can own up to it.

Which goes back to the ring leader part. The leader may not say anything damning to implicate themselves directly but they sure know how to use their followers to do the job for them.

I…did not know how far the rabbit hole would go. Now learned Reddit threads are never deleted and just archived…and they can be uncovered. And holy shit.

Thank you to all those who believed in me and ESPECIALLY to the API women who had to deal with the shit more than I did.

Everyone’s Darling Simu Liu comparing being gay to being a pedophile while also saying he sympathizes and understands pedos. You all ever get sick of being right? pic.twitter.com/g8YumbVHs4

Following this, a thread came to the defense of the actor:

So, the Simu Liu Reddit debacle has really, really annoyed me because if you took 5 MINUTES TO FACT CHECK you’d find out it’s all nonsense.

A) This subreddit was not an incel subreddit in 2016. It was just a subreddit for Asians. Not Asian men – Asians period.

B) Simu found this post because… it’s about Kim’s Convenience. All FOUR comments he made are on the same post. pic.twitter.com/DGVSBvgM1A

Then there’s this one, in which Simu says he… hates terrorists.

I’m not sure what the gotcha was here. In context with the question he’s replying to he just says he hates terrorists.

And then there’s the “Simu Liu was the moderator of a subreddit against black women” post.

I do not know where the hell this came from. I’ve combed through his entire post history and found nothing. I also can’t find any evidence from where this accusation originated.

A million comments about how much he loves Kim’s Convenience, including several adorable posts from how jazzed he was about being cast in the show. pic.twitter.com/ebUMhYsvSW

But what I can’t find is a single comment where he hates on black women for existing, or a comment hating women in general for not dating Asian men, or just any women hating, incel-related stuff in general.

So in short, no Simu Liu is not an incel. And, based on the fact there’s zero evidence to support this fact, he doesn’t seem to hate black women either.

And you too could have found all of this out by… Googling.

So, by popular demand, I’m gonna tack a little addendum on about Simu’s post about paedophilia.

I’ve addressed this already, but – ironically – in a thread about people refusing to do their own research, nobody seems able to see these posts because they refuse to search. pic.twitter.com/b1kEHsaC8v

It’s not the first time the Shang-Chi actor has faced backlash for his tweets, as someone dug up an old tweet from 2012 in which he made a joke about Nikki Minaj. Liu hasn’t responded to this latest controversy, but did offer up this tweet earlier this year:

Well this was a highly dumb tweet. Looks like a dumb 23 year old trying to sound clever

Tags: MarvelMCUShang-ChiShang-Chi And The Legend Of The Ten RingsSimu Liu
No Result
View All Result