Warner Bros. Is Developing A New ‘The Lost Boys’ Movie 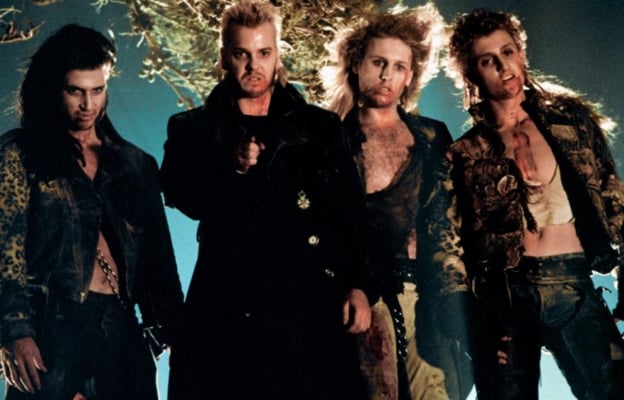 Although there have been several attempts to revive the Lost Boys franchise following the release of Lost Boys: The Thirst, none of them have managed to take off. Now it seems Warner Bros has found an avenue that works, because they’re quickly developing a “brand new, reimagined take on the 1980s teen vampire classic.” This new Lost Boys movie already has two actors confirmed for its cast as well. Noah Jupe from A Quiet Place and Jaeden Martell from IT will lead the upcoming Lost Boys movie.

As revealed via THR, however, plot details for the film are still scarce:

“Details of the new take are being kept in the trunk of a ’57 Ford Fairlane but it is described as being set in modern day.”

Hopefully we’ll have more details regarding plot or other cast members soon. There’s always been a lot of potential with The Lost Boys, even before they took the direct-to-video route with Lost Boys: The Tribe and Lost Boys: The Thirst. A few of the comics released over the years have proven this. So it will definitely be interesting to see what take this new movie will take. As such, stay tuned to ScreenGeek for updates as we have them.

The original film The Lost Boys from 1987 was directed by Joel Schumacher with a very impressive cast. The cast included Jason Patric, Corey Haim, Kiefer Sutherland, Jami Gertz, and Alex Winter to name a few. Corey Feldman and Jamison Newlander played Edgar Frog and Alan Frog, two roles that they respectively reprised for the straight-to-video sequels. Hopefully we’ll also know soon whether or not the upcoming film will utilize any of their characters.

The new Lost Boys movie is being directed by Jonathan Entwistle. The screenplay was written by Randy McKinnon. Brian Kavanaugh-Jones and Fred Berger will produce via Automatik. Zac Frognowski and Josh Glick are attached to executive produce.