Scientific Study Reveals The Scariest Movies Of All Time 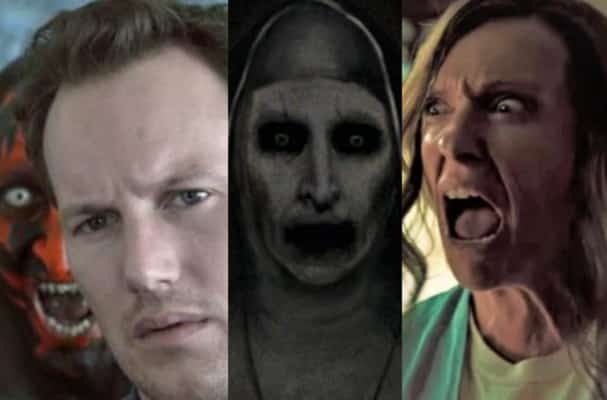 It’s another year of preparation for the Halloween season, and the 2021 Science of Scare Project is here to help. The scientific study aims to determine what the scariest movie of all time is, and while last year claimed it was Sinister – that’s no longer the case. Specifically, a brand new movie has apparently taken the top spot in the study.

As explained via The Science of Scare:

“For 2021 we invited 250 ‘victims’ to watch 40 of world’s scariest horror movies, including new entries to the genre from the past 18 months selected from Reddit recommendations (thanks r/horror) and critic’s best of lists.”

They utilized films from the 2020 list, new movies, and other movies to compile the 2021 list. This included the movie Host from director Rob Savage, which actually made it to the top of the list this time.

“Despite being shot in just 12 weeks and entirely through Zoom video conferencing, Host terrified our audiences in its short 56 minute runtime, increasing heart rates by an average of 24 BPM and pushing Sinister to second place.”

The movie examines the events gone wrong after a group of friends perform a séance over Zoom. The film was shot during the pandemic, a time that was stressful for all of us, and emphasizes the type of isolation and video conferencing that we can all relate to at this point. Whether or not that could be part of the reason for its high score is unknown, but one thing is for sure – it’s beaten Sinister as the scariest movie of all time.

The new additions to the list also knocked off a few classics from the top 30 spot that made it last time – including The Thing, The Witch, and Scream to name a few. Here’s the complete list of what made it to the top:

If you’re interested in experiencing Host for yourself, and seeing if it really is the scariest movie of all time, you can view it now on Shudder.