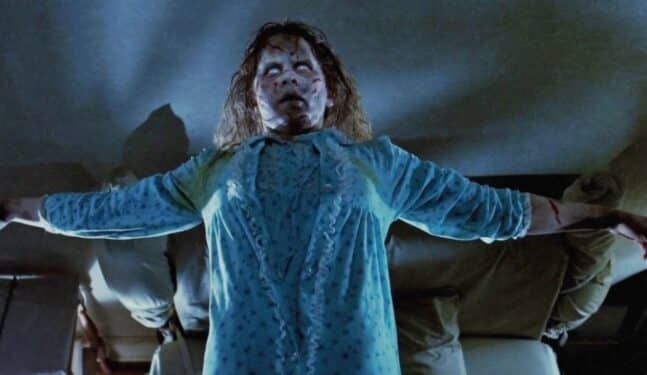 When it comes to the horror genre in cinema, it’s hard to argue that The Exorcist doesn’t top the list of scariest movies with the most impact. Based on a true story that was turned into one of the most terrifying films ever, The Exorcist has a long history of horrifying audiences for decades. But, as is the case with most horror franchises, the sequels don’t really hold up. In fact, most are beyond disappointing. But, horror fans are rejoicing as we enter a Terror Renaissance of sorts, with with major revivals killing it at the box office. Now, Blumhouse, one of the studios at the forefront of this resurrection of fright, is looking to revive The Exorcist with a trilogy of films.

CinePOP is reporting that Jason Blum is ready to dive into another classic franchise and give it a soft reboot/quasi-sequel set of films with The Exorcist. After the massive success of their Halloween revival, and two sequels on their way for that franchise, now they’re dipping their toes in the Linda Blair led classic:

“What I hope to do with The Exorcist is the same thing we did with Halloween. Halloween, the first movie was great, and the second movie was okay, and the rest of them were not very good. And then we came in and kind of re-jiggered it, and people liked it, so I hope we can do the same thing with The Exorcist. Everyone thinks we’re gonna fall on our face, but I think, we have the same filmmaker, the same writer, David Gordon Green and Danny McBride. And I think we’ll reinvent The Exorcist so that it’ll feel fresh, new, different, but, you know, related to the first movie, but also really, really scary.”

As of now, the trilogy was picked up by Universal and Peacock and Leslie Odom Jr. is set to play the father of a possessed child and in his desperation turns to Chris MacNeil, played by the returning Ellen Burstyn. Linda Blair, who famously played MacNeil’s daughter Reagan, is not attached to the film as of yet, so it is unclear whether she will be back or if these movies will simply be referenced for her trauma in the original.

Regardless, if this series is anything like what Blumhouse brought to Halloween, we are in for an incredibly terrifying fright in theaters and possibly on the Peacock streaming service (similar to the release of the upcoming Halloween Kills).

Are you ready to return to The Exorcist franchise? Let us know in the comments below!