Beyond Fest ‘Lamb’ Review: A Horror Film With An Inner Sweet Story 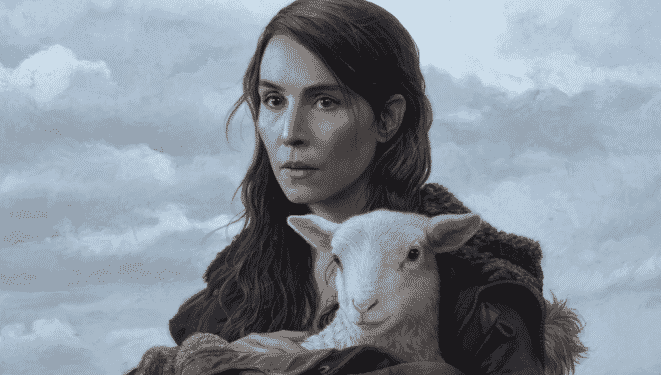 A24 has been known to produce sometimes weird, sometimes thought-provoking, and sometimes WTF movies ever since the studio was formed. Valdimar Jóhannsson—who is known as a visual effects artist—decided to try his hand at directing and has created a movie that fits in A24’s WTF category with Lamb. I’m going to go ahead and mention that I am a sucker for A24 films. The studio tends to push the envelope in creative filmmaking, but I didn’t know what I was getting into with Jóhannsson’s feature debut.

Fortunately, Lamb becomes a story that teeters on the line of horror that transitions into a sweet story on parenting, dealing with loss, and being clever while in the process.

Lamb, starring Noomi Rapace (Maria) and Hilmir Snær Guðnason (Ingvar), is a married couple running a sheep farm in Iceland. The two come across a sheep/human hybrid and I’m going to leave the synopsis at that. Honestly, you want to avoid spoilers regarding this movie so, I’ll keep the plot details vague as possible. 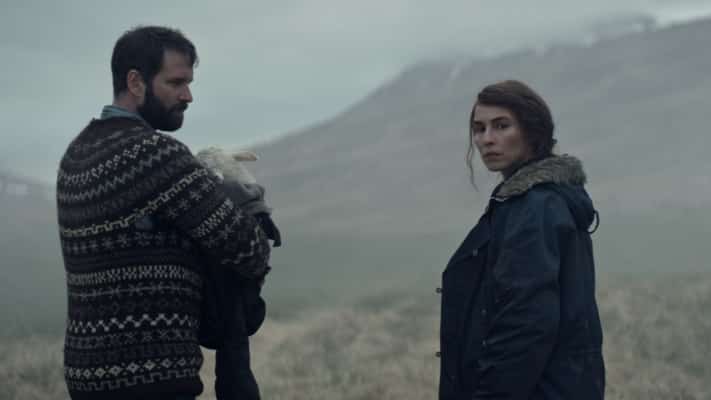 The direction from Jóhannsson was very impressive to watch unfold. The director uses the beautiful and peaceful landscape backdrop and twists it to give Lamb a haunting atmospheric feeling around the characters. I had a sense of something in the distance was watching these characters or a level of approaching doom that wasn’t too far off. However, there are plenty of moments to appreciate the atmosphere’s calming nature that allowed me to absorb what was on screen and fully immerse myself into these characters’ mundane life.

Another showcase of Jóhannsson’s talent is his use of pacing for the film. Lamb is a slow burn that becomes well-valued early on. He gives the plot time to build up to shocking moments that any less clever director would’ve inserted a cheap jump-scare or added an overbearing soundtrack. A case in point is the reveal of the hybrid child named, Ada. There are several smart and subtle camera angles Jóhannsson uses as a lead-up to show the bouncing baby lamb hybrid in full view. 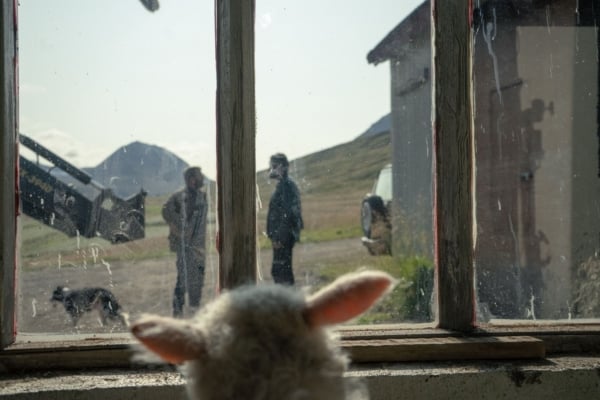 However, once the shock passed, I started to see the warmth that surrounded Ada and began to fully understand the mindset of the married couple.

One of the many exemplary points in the movie is the performance of Rapace and Guðnason. Rapace’s portrayal as a person who has dealt with grief and has become a former shell of themselves was amazing to watch. Throughout Lamb, Rapace’s Maria goes through this emotional arch that is spoken loudly with her performance that deserves to be noted. The interaction between Ingvar and Maria was great but I felt that Guðnason’s and Rapace’s performance with Ada helped elevate this movie into a sweet story about parents and their second chance at a happy life.

I was able to attend the West Coast premiere of Lamb at this year’s Beyond Fest which was followed by a Q&A with Jóhannsson and Rapace. During the event, Rapace revealed that she felt that she had been waiting her whole life for this performance and Lamb displays her acting gift in a mesmerizing way up ‘til the last shot. 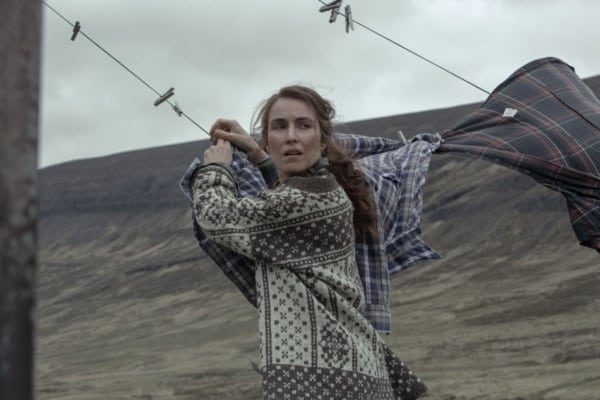 Lamb isn’t a typical horror film but should be seen and appreciated by as many people as possible. It’s a slow yet well-paced story with an auteur director in the making and performances that helps the movie’s artistic nature. The assemble of scenes, plot development, and acting ended with a great payoff that left my jaw on the floor. Pretty much, I’ll never look at a lamb or sheep the same way again.