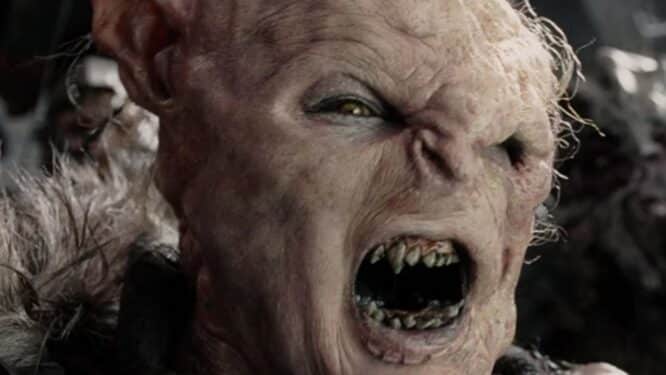 There have obviously been far too many disgusting controversies in Hollywood. Harrowing tales of awful and unforgivable behavior from some of the most powerful people in the industry. One of the biggest in recent memory has surrounded Harvey Weinstein and how he used his position at Miramax to sexually assault several women over decades. As it turns out, there’s another pretty bad story of how Weinstein tried to keep Peter Jackson’s Lord of the Rings trilogy from ever happening.

Elijah Wood was on the Dax Shepard’s ‘Armchair Expert’ Podcast (via The Hollywood Reporter) and told a story of how Peter Jackson had one of the orcs in the trilogy designed to look like Weinstein. The story that follows is not nearly on par as far as terrible doings as to the former producer is in jail, but it goes to show that he was truly a monster in every aspect. Wood conveyed how Weinstein tried to force Jackson to make his trilogy as only one film. That’s right; all three books crammed into one film. Weinstein threatened to replace Jackson with Quentin Tarantino or John Madden.

When Jackson finally convinced Weinstein to at least let him do two films for the three books, Weinstein secretly set the budget for both films at $75 million total and it wasn’t revealed until 18 months into the pre-production. This led the team to ‘leak’ the script to incite other buyers, and New Line Cinema stepped in and saved the day.

News like this is crazy to hear, yet not all that surprising. Tons of studio heads pull ‘power moves’ like this to exert their imaginary level of power and to stroke their own swollen egos. Unfortunately, they’re successful more times then not. It is also why they go even further, like Harvey Weinstein, and basically flaunt the real monster they are, thinking they’ll never have to pay for their actions. That is not the case here, as Weinstein is now paying for his crimes.

Will you go back and try to find the Harvey Weinstein Orc in Lord of the Rings? Let us know in the comments below!