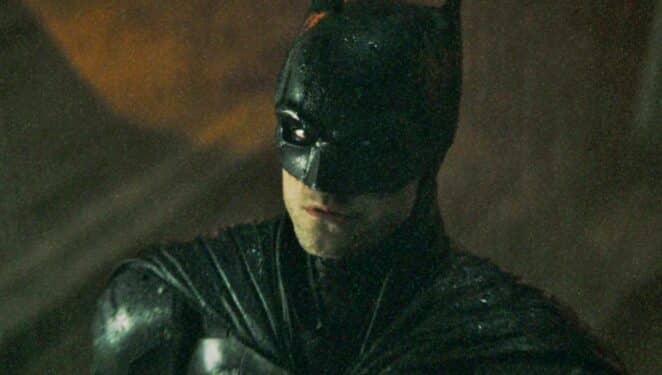 Hands down the most anticipated DC Comics film, Matt Reeves’ The Batman looks to bring the iconic comic book character back to the big screen, this time exploring the World’s Greatest Detective in a dark and gritty look at the early years of the Dark Knight. Robert Pattinson will bring Bruce Wayne to life in a way never before seen on screen and will take on his Rogues Gallery as he continues to explore the mystery that is plaguing Gotham City. Now, fans finally are getting a new trailer after waiting a year as DC FanDome 2021 gives us a new look at the film!

This film looks to explore a side of the Dark Knight that we haven’t really seen yet on the big screen; his world class detective skills. This Batman is only a year or so into his career as a vigilante, so expect mistakes and aggression that we don’t normally see. The film will be his first major test and we require his mind moreso than his muscles as he tackles the new threat of the Riddler.

This trailer is a huge deal, giving us a new look at what looks to be one of the best stories on the silver screen for the Caped Crusader fans have ever seen. People are in for a wild ride with huge implications as Batman has to navigate his new role as the guardian of Gotham as well as deal with the ramifications that come with his existence. Check it out below:

Are you excited for The Batman? Let us know in the comments below!