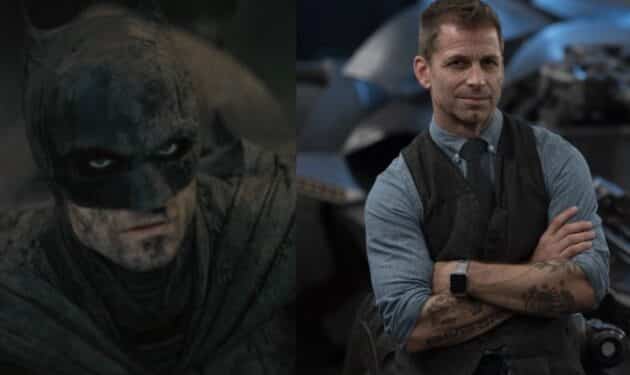 Undeniably, the biggest moment of DC FanDome 2021 was at the end when Matt Reeves, Robert Pattinson and Zoe Kravitz gave us the first full trailer for The Batman. While we got a teaser at last year’s DC Fandome, the film was only 25% complete at that time. Now, as the film finalizes post-production ahead of its March 2022 release, we have our first real look at what to expect from Reeves’ new take on the World’s Greatest Detective. A person familiar with the Dark Knight, and in fact the last director to bring him to the big screen, Zack Snyder, gave a short but poignant reaction to the new trailer.

Synder took to Twitter, which he is not on nearly as much as his preferred social media Vero, to share the trailer and offer up just three words: ‘This is awesome’.

Reeves took this stamp of approval to heart, retweeting how much he appreciated Snyder’s kind words and what it meant to him.

Wow, thanks so much, man… that means a lot to me. @ZackSnyder https://t.co/jEtmMfob1q

Zack Snyder is of course a polarizing figure for comic book movie fans, seemingly splitting the fandom between those how feel his take on these beloved characters was too dark and too gritty, while the other half is almost cult-like in wanting his vision, the Snyderverse, brought back in full swing, with a smidgen of fans falling in the middle of the spectrum. Regardless of one’s take, though, his response to this is one than many will look at as an almost passing of the torch to this new version of the Caped Crusader coming to the silver screen.

Who knows if we will ever see any more of Snyder’s vision for the DC Film Universe, but fans should take his acceptance and approval of what Reeves is doing as a good moment and a great sign that this film might just be the best of both worlds; dark and gritty but also grounded and real.

What are your thoughts on Snyder’s approval of Reeves’ The Batman? Let us know in the comments below!