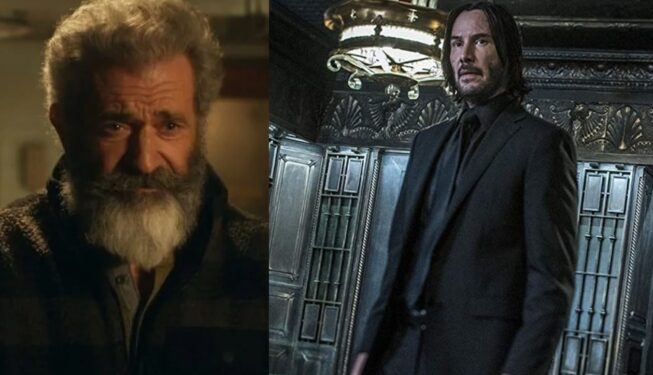 The John Wick film franchise has been quite the hit for Lionsgate, and as it turns out, they’re expanding that success to television. A three-night special-event TV series, titled The Continental, is in the midst of being developed for Starz. The Continental will act as a prequel to the John Wick films, and in even more exciting news, it’s been revealed that actor Mel Gibson is set to star.

This exciting news was revealed via Deadline, and as they noted, “it’s a rare foray into television for Gibson.” The actor rarely performs in television, so it goes to show just how massive this project is going to be for John Wick fans.

As for the setup of the series, this is what we know:

“The Continental will explore the origin behind the hotel-for-assassins, which increasingly has become the centerpiece of the John Wick universe. This will be accomplished through the eyes and actions of a young Winston Scott, who is dragged into the Hell-scape of a 1975 New York City to face a past he thought he’d left behind. Winston charts a deadly course through the New York’s mysterious underworld in a harrowing attempt to seize the iconic hotel, which serves as the meeting point for the world’s most dangerous criminals.”

It’s not yet known who will be playing the young Winston Scott. However, we do know that Mel Gibson will be playing a character named Cormac in The Continental. Ian McShane played Winston Scott in the film series, and although he won’t return for the TV series, he hasn’t ruled out the possibility of doing voicework. Keanu Reeves isn’t expected to return for the series either, however he is in talks to be an executive producer.

Stay tuned to ScreenGeek for more story, cast, and release date details on the upcoming series as we have them.