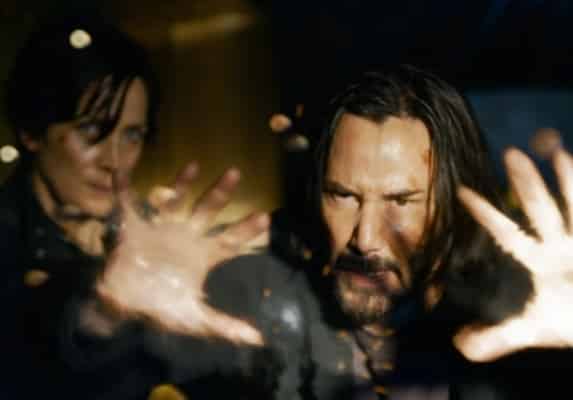 In an exciting reveal that was previously teased by a small viral marketing campaign, the first full trailer for The Matrix Resurrections has been released. There’s been plenty of hype for the upcoming film which follows the storyline established in the original Matrix trilogy, and as such, there are plenty of reasons to be excited. For example, original trilogy cast members Keanu Reeves and Carrie-Anne Moss will be reprising their roles as Neo and Trinity for the new sequel. Obviously these inclusions are worth celebrating for fans of the beloved characters. And, as you can see in the full trailer, they’ve been brought back in a stunning new way.

Of course, the upcoming film is still several months away from its release date in December. As such, we’ll likely continue getting a variety of new looks at the blockbuster sequel. With that in mind, fans can stay tuned to ScreenGeek for updates on the new film as we have them. Until then, this first full trailer for The Matrix Resurrections is an exciting look at what’s to come following the events of the original trilogy.

Continue Reading
You may also like...
Related Topics:The Matrix, The Matrix 4, The Matrix Resurrections