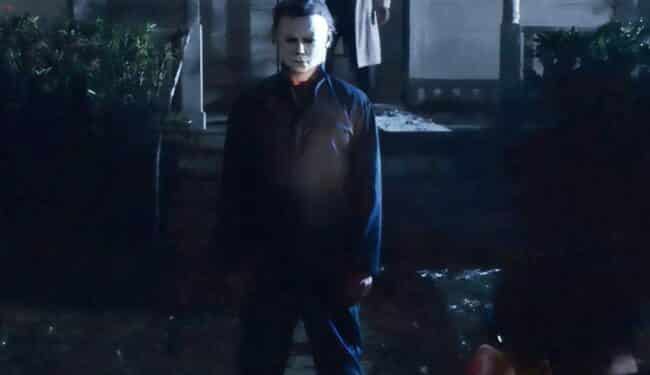 The newly released horror film sequel Halloween Kills managed to bring back a variety of characters from the original film. One such character to make a return in the sequel was rather tricky, however, as the actor has been dead for several decades. This character, of course, is none other than Dr. Loomis himself. Actor Donald Pleasence portrayed Dr. Loomis in five of the original six Halloween films (every entry aside from Season of the Witch) and so it’s nice to see the character make a comeback.

And, while it’s widely expected these days for CGI to play a part, that isn’t how Dr. Loomis was reintroduced for this film. Rather, they used a combination of makeup and prosthetic effects, as well as a voice actor who could replicate Donald Pleasence’s voice. It’s a couple of old school techniques that are fitting for an old school slasher film.

Now, as you can see in the below set pics from Instagram, it’s been revealed just how this iconic character was brought back in Halloween Kills with such techniques.

“For #michaelmyersmonday I’m doing Loomis/Donald Pleasence!
No, he was not cgi, but our own construction foreman Tom Jones Jr. in an 11 piece prosthetic makeup with hair pieces. So fun to do and was a pretty quick turnaround actually from @vincentvandykefx .”

Chris Nelson applied the makeup and prosthetics with Mark Ross which helped turn Tom Jones Jr. into Dr. Loomis. As for the voice, Colin Mahan lent his own vocal talents. He’d previously done voiceover work as Dr. Loomis for the 2018 Halloween film. As such, it’s a fitting way to see everything come together for this new installment.