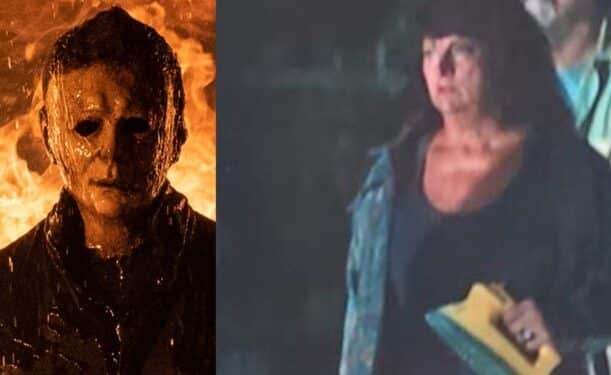 Although the newly released horror film Halloween Kills has been somewhat divisive among fans, almost all of them have come together on one aspect. They love the character played by actress Belisa Lea, who has since been dubbed the “Iron Maiden.” The character earned her nickname after joining Tommy Doyle’s mob with one single weapon – an iron. Yes, this woman has been making rounds online for intending to go after Michael Myers with her iron. Now it seems fans want this Iron Maiden to make a comeback in Halloween Ends. And, to illustrate this, they’ve launched a petition in an effort to help do so.

The petition at Change.org notes how much popularity Belisa Lea has gained in online communities since the film’s release. They’ve stated that she has gathered the attention of over 4,000 fans – at least at the time of this writing.

And they also take the time to emphasize Belisa Lea herself, writing the following:

“Belisa Lea is extremely passionate about acting and cares about each and every role she has taken apart in throughout her career as an actress and we feel that she is not only well deserving of reprising this role in Halloween Ends but would be a great addition to the cast of Halloween Ends.”

The petition further emphasizes just how many fans have gathered together in places like Facebook to share their love for Belisa Lea’s part in Halloween Kills. As such, it stands to reason that they’d love to see this Iron Maiden return in Halloween Ends. And who knows, with the film intended to shoot in January – she could have plenty of time to join the cast.