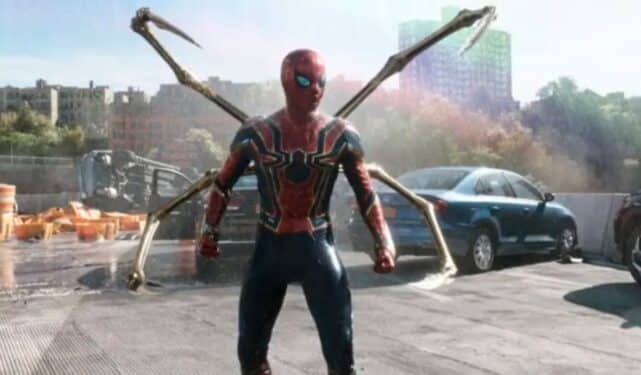 Spider-Man: No Way Home is arguably the most anticipated comic book movie of all time for both Marvel Studios and Sony Pictures – and both studios are trying to play this one as close to the chest as possible. We’ve only gotten one trailer for a movie due out in less than two months. Thanks to tons of rumors, the hype is at a fever level. And while we know some details, there is so much we have no idea about. Will it be a live action ‘Spider-Verse’ film? Are we getting Tobey Maguire and Andrew Garfield back? How will that insane Venom: Let There Be Carnage post-credits scene play a part? Will Spidey face a multiversal Sinister Six?

Well, thanks to a new magazine expose on the film, we do know of FIVE villains for this film thus far!

The Empire Magazine story on Spider-Man: No Way Home has given us some new images from the film that we hadn’t seen yet. We also got confirmation on five villains for the film! We already knew about Jamie Foxx returning as Electro and Alfred Molina returning as Doctor Octopus, as both spoiled that a long, long time ago. After the trailer, we got a somewhat confirmation on Willem Dafoe’s rumored return as Green Goblin thanks to a pumpkin bomb and that signature laugh. Empire also confirmed the rumored return of two other villains from the previous Sony franchises: Thomas Hayden Church as Sandman and Rhys Ifans as The Lizard!

Both The Lizard and Sandman were seemingly spotted for a quick frame in the trailer (at separate points) and are now officially announced for the film. This makes five villains, leaving just one to go for the fabled Sinister Six!

Could Venom become a villain and be that sixth member? Will Mysterio return from the ‘dead’ to be a part of the team? Will it end up being just five villains? That last question seems unlikely as it would be a huge slap in the face to fans to come so close to finally getting the Sinister Six (which has been teased multiple times in films) only to stop at five. Regardless, these confirmations lend credence to the other rumors surrounding the film and could point to Maguire and Garfield actually being of this movie after all.

What do you think of all these returning villains in Spider-Man: No Way Home? Let us know in the comments below!