Disney Plus has revealed a first look image for Hocus Pocus 2 – the long awaited horror comedy sequel to the 1993 cult classic movie, Hocus Pocus. The sequel will feature Bette Midler, Sarah Jessica Parker and Kathy Najimy – who all reprise their roles from the original movie. As the film doesn’t release until October 2022, it should be a while before we get a trailer, but still – fans of the original that are looking forward to the sequel will undoubtedly be excited to get a look at the original cast back in action.

Check out the photo below: 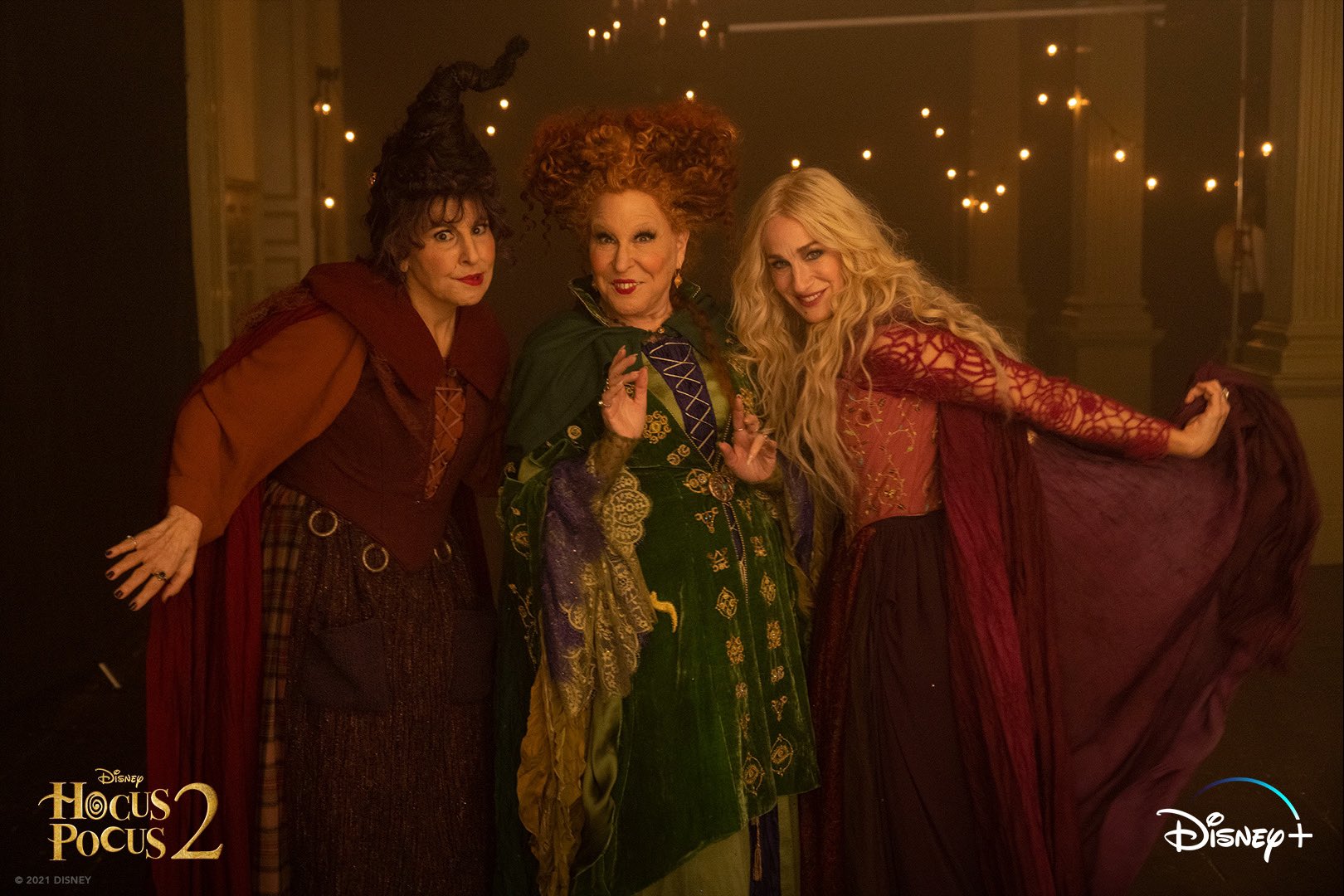 The sequel has actually been in development since at least 2017, when the Disney Channel considered doing a remake. For those of you who might not remember, Hocus Pocus wasn’t exactly a box office hit, and was panned by the critics. It was the repeat airings on the Disney Channel that actually gave it a bigger audience.

Fast forward to where we are now, with Disney Plus being an established streaming platform, it just likely made sense to make the movie now. With the cult following the original movie has garnered since it released in 1993, it also only made sense to bring back the original cast – as fans likely would have been disappointed if that didn’t happen.

“It’s been 29 years since someone lit the Black Flame Candle and resurrected the 17th-century sisters who were executed for practicing witchcraft, and they are looking for revenge. Now it is up to three high-school students to figure out how to stop the ravenous witches from wreaking a new kind of havoc on Salem before midnight on All Hallow’s Eve.”