Ridley Scott Says Superhero Movies Are “Not Any F*cking Good” 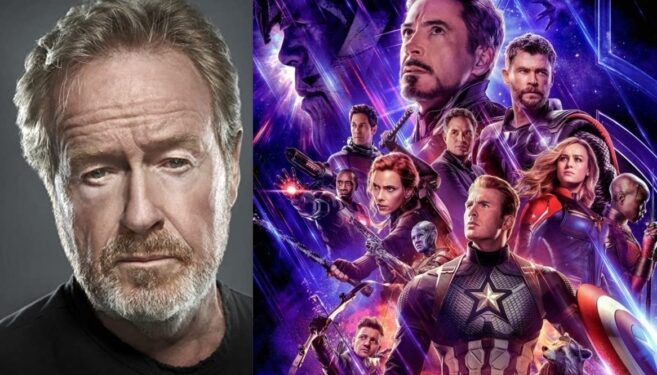 While superhero films have become a popular genre for cinema and television these days, many are still against the genre. In fact, filmmaker Ridley Scott – whose works include such hits as Alien and Blade Runner – has recently went on something of a rant against superhero films. It appears that he’s rather critical of the genre.

As revealed by Ridley Scott in an interview with Deadline, he claims that his films are superior because they focus on the scripts and not visual effects like superhero movies.

In Scott’s own words:

“Almost always, the best films are driven by the characters, and we’ll come to superheroes after this if you want, because I’ll crush it. I’ll f***ing crush it. They’re f***ing boring as sh**. Their scripts are not any f***ing good. I think I’ve done three great scripted superhero movies. One would be Alien with Sigourney Weaver. One would be fucking Gladiator, and one would be Harrison Ford…They’re superhero movies. So, why don’t the superhero movies have better stories? Sorry. I got off the rail, but I mean, c’mon. They’re mostly saved by special effects, and that’s becoming boring for everyone who works with special effects, if you’ve got the money.”

And there you have it. The 83 year old director does not have any interest in the superhero genre, and claims that the films only work because of their reliance on special effects. He also claims that his own films, with movies like Alien and Gladiator, are “great scripted superhero movies.” Of course, Ridley Scott’s films haven’t gone without criticism. Especially over the past decade, with his prequels to Alien – Prometheus and Alien: Covenant – being incredibly divisive amidst both fans and critics.

As such, it seems that the modern day debate about whether or not superhero films should be considered proper cinema will continue to go on. At this point, however, it doesn’t seem to matter much – as it looks like superhero films are here to stay.