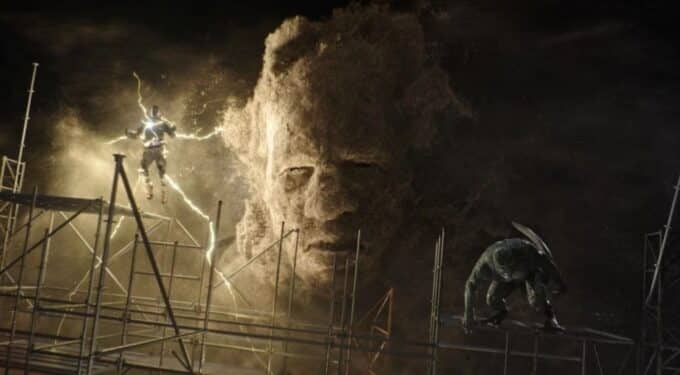 Fans are going nuts all over the world over the release of the new Spider-Man: No Way Home trailer. We were given a more concise feel for what the story is going to be and we got a much better look at all(?) of the returning villains from the previous two franchise iterations for everyone’s favorite friendly, neighborhood Wall Crawler. The main release of the trailer, however, was trimmed a bit more than some of the international versions. And, while it is only about one second of extra footage, it is rather telling indeed.

The Brazilian version of the trailer had about a second of extra footage during the climactic battle scene in the trailer. While that doesn’t seem like much, it was actually a huge inclusion. People have already speculated based on the main trailer that The Lizard isn’t actually jumping towards Tom Holland’s Spider-Man, but rather towards someone that Sony and Marvel cut out of the scene. That extra second of footage shows The Lizard reeling from a blow towards the end of his leap, even though no one is there.

So, either Dr. Connors’ reptilian alter ego got smacked by the world’s strongest gust of wind, or the studios cut out someone fighting alongside Holland in this scene. Thanks to the ill advised leaks that gave a lot away (if they are real) and nearly 18 months of fan speculation, this seems to all but solidify that Tobey Maguire and Andrew Garfield are returning as their respective versions (or variants thereof) of Spider-Man.

LOL @ LIZARD BEING PUNCHED BY NOTHING Y’ALL DON’T TRIP THEY’RE IN THE MOVIE RELAAAXXX. pic.twitter.com/9I0FaXsmTg

Marvel and Sony have done minimal marketing for this movie, and for good reason. There are so many secrets and surprises that are meant to come out of this massive story that neither studio wants to ruin anything. With fans dissecting every little detail they can get their hands on, it only makes sense to keep this movie in the dark. It has made it one of the most anticipated movies of all time (I mean, they literally just had a red carpet style event for a trailer release) and in a month’s time it could very well break every box office record known to man.

What do you think of this Spider-Man: No Way Home footage? Let us know in the comments below!