The Spider-Man film franchise will soon be returning once again to theaters next month. The new film is quite a big event, as it not only continues Peter Parker’s story from the Marvel Cinematic Universe – but characters from other universes as well. This includes Alfred Molina’s Doc Ock, who will be joining the film following the events of Spider-Man 2. Likewise, the Green Goblin, Lizard, and Sandman will also be joining the growing cast of characters. Of course, it also hasn’t been confirmed whether or not Tobey Maguire or Andrew Garfield would be joining as their versions of Spider-Man. But with the newest Spider-Man: No Way Home trailer, it looks like their involvement might’ve once again been teased thanks to a mysterious hand.

As noted by The Direct, many fans noticed the mysterious hand at 2:28 in the latest Spider-Man: No Way Home trailer. The hand, which belongs to a similarly disembodied arm, appears right beside the character Ned.

You can also see a close up of the arm, which clearly indicates it was some kind of body only partially erased via editing. It’s clear that Marvel and Sony wanted to keep whatever this hand belonged to a secret, unfortunately they must’ve messed up while editing the Spider-Man: No Way Home trailer. 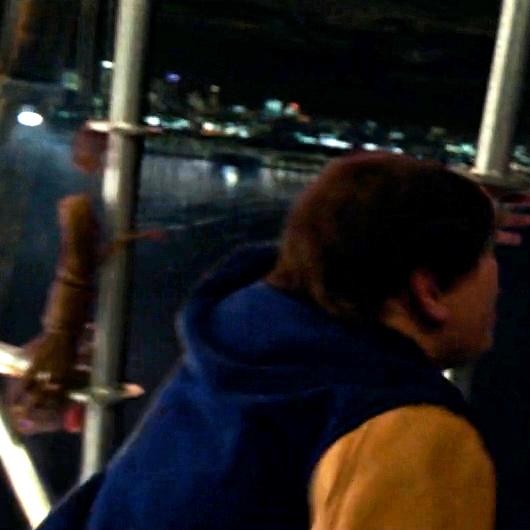 With several other suggestions that footage in the trailer was manipulated, particularly when The Lizard reacts to being invisibly attacked, it does seem like Marvel and Sony are trying to hide a secret. This secret, of course, being the conclusion of Tobey Maguire and/or Andrew Garfield as their takes on Spider-Man. When you consider that several of their respective villains are returning for this new entry, it doesn’t seem very far-fetched at all that they’d be making appearances. For the time being, however, they’ve managed to deny their involvement. But with interesting editing errors like the ones spotted in the newest trailer, it definitely seems likely that we can expect more than one Spider-Man.