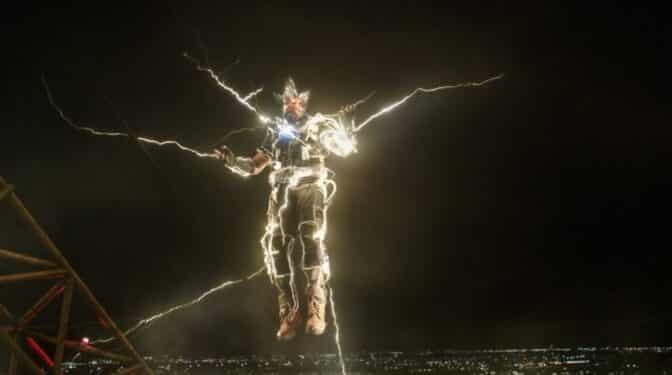 One of the more notable elements in the Amazing Spider-Man duology was the inclusion of Jamie Foxx, who excitingly became Electro in The Amazing Spider-Man 2. While the film didn’t quite do as well as intended by Sony, it did leave its mark on the brand, and Jamie Foxx was brought back for the role in the upcoming Spider-Man: No Way Home. However, they did take some creative license to redesign the character’s look. And now with the newly released trailer, fans have finally been given their first glimpse at the new Electro design – and they are freaking out on social media!

This should be a given, especially because fans have been anticipating a more revealing look ever since the first trailer was released. And while there are plenty of elements to be excited about, such as the reveal of the Green Goblin for one example, this is another truly great reveal from the latest trailer. After all, it isn’t just a different design for Electro that we see in the trailer – it looks like a more comic book accurate design. And that’s worth celebrating.

Here’s some of what fans are saying on social media:

NOW THAT'S THE ELECTRO THAT I WANT

Obviously, fans are excited for the new film. And with the release of Spider-Man: No Way Home still a month away, this is only going to be the beginning of the hype train. So for now, let’s enjoy these new glimpses at characters like Electro, Green Goblin, and Doc Ock as we await the film’s arrival in theaters.