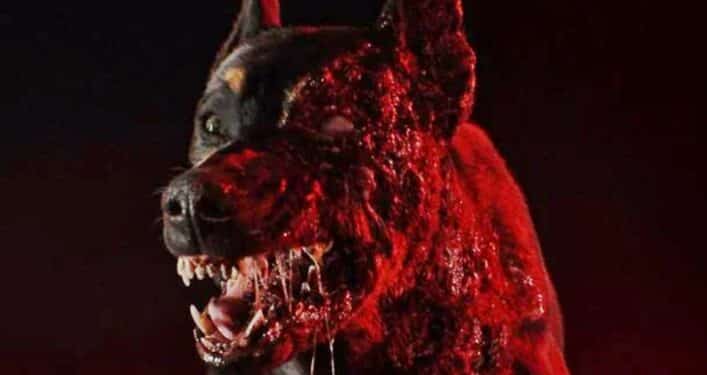 With the release of Resident Evil: Welcome to Raccoon City, it’s time to start getting excited for the next iteration of the Resident Evil multimedia franchise. Although the new film was an attempt at more closely adapting the video games as a live-action feature film, this TV series will be a separate take altogether. With that said, and with the new movie out of the way, Netflix is now beginning the promotional campaign for this new series. As such, Netflix has released the first teaser for Resident Evil which features a rather vicious looking dog infected by the T-Virus.

The clip is only 15 seconds long, and it doesn’t show much. But it does tease at least one of the nasty beasts we can expect to appear in the new series. We also get a brand new look at the show’s logo, which proves to be appropriately dystopian-inspired. It’s definitely a new look for the franchise, and one that should be interesting to see as part of a fleshed out television series.

While plot details for the new series are scarce, it will apparently follow two different timelines. These timelines will revolve around Albert Wesker and his very own children, first following his kids as teenagers just before a major T-Virus outbreak. It will then jump forward in time, showing the world thirty years after said outbreak. It’s going to be a different and unique take on the source material for sure.