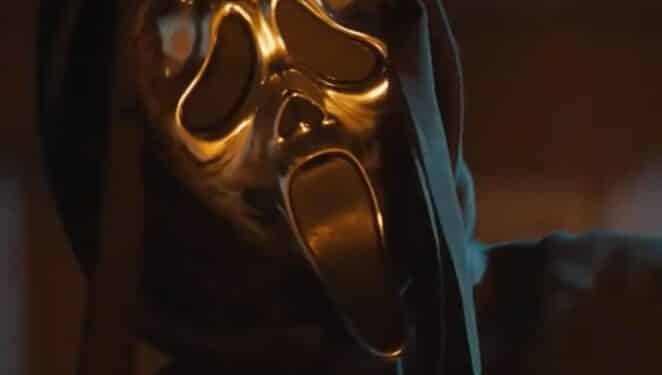 The upcoming Scream film is exciting because it will act as both a sequel and reboot of the titular film franchise. And while fans are expecting the film to follow in line with its predecessors, it looks like there will be some new additions to this installment. In particular, a new TV spot for Scream has revealed that there will at some point be a metallic Ghostface mask. This is a big change, considering Ghostface’s mask has always remained the same throughout the film series.

Of course, some fans have considered the possibility that this mask isn’t really being worn by the film’s Ghostface at all. One of the aspects about the Scream sequels is that they have a meta element, in which there is a fictional Stab film franchise that adapts the events of the Scream franchise. As such, fans have suspected that the metallic Ghostface mask actually belongs to one of the Stab villains, not the new Scream villain.

Here’s the TV spot so you can see the new mask in action:

It does make sense that a Stab villain would be the one wearing the mask. We’ve already seen the classic mask in use from the film’s original trailer and marketing material. So unless that killer has an accomplice with a different outfit, the metallic mask more than likely belongs within the Stab series.

Scream is currently scheduled to hit theaters on January 14, 2022.