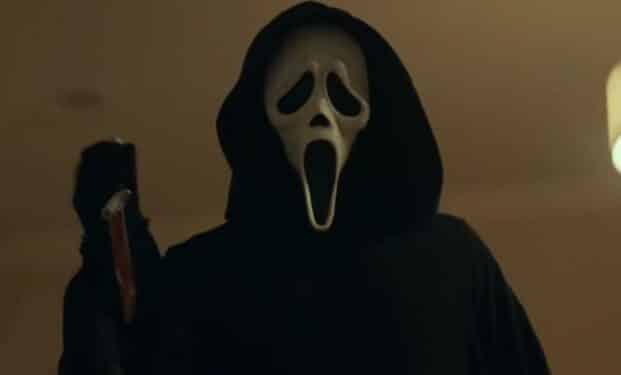 The first trailer for the upcoming Scream movie is finally here – and it definitely looks to be another bloody entry added to the beloved horror franchise. The trailer gives us our first look at the original cast making their return and also some of the new cast members in action – all getting terrorized by Ghostface. It seems as though fans can expect a new story that will move the franchise forward – but one that will still follow the events of the prior films.

In addition to the trailer, a new synopsis has been revealed, which reads:

“Twenty-five years after a streak of brutal murders shocked the quiet town of Woodsboro, a new killer has donned the Ghostface mask and begins targeting a group of teenagers to resurrect secrets from the town’s deadly past.”

We were also given brand new poster and images from the film:

It’s Always Someone You Know. #ScreamMovie – Only in theatres January 14, 2022 pic.twitter.com/NUujkTRlY1

As far as where the movie fits into the overall franchise, Courteney Cox has previously said that it’s not a sequel or a reboot:

“This is the fifth one… it’s not Scream 5, though. This is Scream. The directors are incredible, they’re making it absolutely…it’s a new franchise… It’s hip. It’s scary. It’s just a new Scream. It’s not a reboot, it’s not a remake, it’s just a brand-new launch. I think it’s gonna be fantastic.”