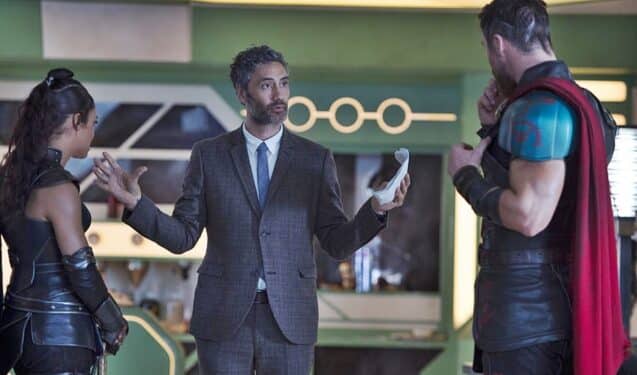 Although filmmaker and actor Taika Waititi tends to be rather popular with audiences, his latest post on social media had quite the opposite effect. In particular, the MCU director has been receiving various amounts of backlash for having tweeted about the recent tornado that struck Kentucky. While there have been many individuals posting about the natural disaster online, Waititi chose to do a little more than merely post about the event – he added a joke to it.

As you can see below, he shared an image which revealed an entire movie theater screen was destroyed by the tornado. With Taika Waititi being a beloved filmmaker, it seems rather natural that he chose this image to share.

On top of this, however, he added the following caption which included the aforementioned joke:

In other circumstances, the humor would be quite easy to see. After all, breaking the fourth wall is all about breaking out of the fictional world of the screen and acknowledging the real world. With a giant hole in the movie theater’s screen revealing the damage of the outside world, it’s definitely more than a little surreal and it’s easy to see where Taika Waititi was going with his comments. But as noted in some of the less happy responses in the comments, people felt that the tornado joke from Taika Waititi in poor taste and made a little too soon for comfort.

Here’s what some of these responses have included:

This is damage from a tornado that left many, many people dead. That’s literally from a few days ago. People are still grieving and searching for lost loved ones.

You’re getting criticism here for making a joke?
I don’t see a joke at all. You are being scarily, dead serious.

Is it a tasteful tweet? Maybe not, but it’s situational humor. It’s not like Taika is “pro-tornado”

Hello! You probably didn’t realize, but this still was from a generationally deadly tornado in Kentucky — you might wanna take down b/c of the context. Hope you’re well!

It’s clear and understandable that people would be upset, but as it is the internet, there are always two sides to every argument. Some obviously believe Taika Waititi had every right to find some humor in the tragedy. As such, it’ll be interesting to see if Waititi offers any further statements on the matter. As for now, however, it looks like we’ll just have to wait and see what happens regarding the Thor: Love and Thunder director.