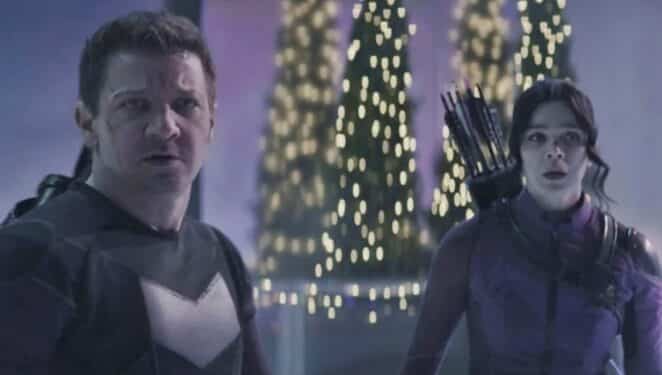 This year has been a truly divisive year for Marvel, and in more ways than one. For example, they’ve released both shows and films set within the MCU. While some of these have been more traditional in style, others have broken the molds of the genre – such as Spider-Man: No Way Home which crossed over with different continuities. And while projects like No Way Home were applauded for doing such, it seems that fans are actually quite upset with the Disney Plus series Hawkeye for what it chose to do. In particular, fans are raging over the post-credits scene attached to the final episode of Hawkeye.

When Marvel releases their projects, they almost always include a post-credits scene which sets the stage for what’s to come. When fans watched Hawkeye, they were expecting a tease for a new chapter in the Marvel Cinematic Universe. Instead, the post-credits scene for Hawkeye included a musical number, the complete version of “Save the City” from “Rogers: The Musical.” The musical was briefly referenced several times throughout the series, which at first had some fans eager to see a full-blown musical version of the MCU. Unfortunately, Marvel seems to have made a mistake by placing the Save the City number after such a tonally intense finale.

At least, that’s how plenty of fans feel on social media. As you can see below, here are just some of the complaints made regarding the post-credits scene:

I hate how that awful post credit scene just distracted me from that amazing episode??? really really disappointing #hawkeye

again, marvel just wasted a great opportunity to show sam and bucky watching the rogers the musical at the end of hawkeye, it would be the perfect cameo

Liked the season finale of Hawkeye, but the post-credit scene was one of the worst, most pointless things I’ve seen. All the plot developments/characters that could have been teased/hinted at, and we get a musical number that seems like it will never end?

Hawkeye had the absolute WORST post credits of all time

While it might not be the sort of post-credits scene that fans were expecting, it certainly isn’t the first one played for humor within the MCU. In any case, we know that there is still plenty more to come from the Marvel Cinematic Universe going forward. Hawkeye was simply the conclusion to what was a packed year in 2021. With that in mind, maybe it’s best they ended things on a lighter note.

All six episodes of the Marvel Cinematic Universe series Hawkeye are currently streaming on Disney Plus.