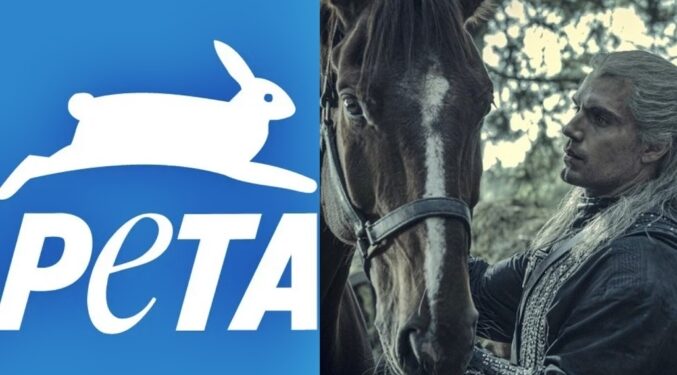 The critically acclaimed Netflix series The Witcher has finally received its second season. The new season has been similarly praised by fans and critics, although it seems not everyone is happy. In fact, it appears that PETA is incredibly upset with The Witcher. So much so, that PETA actually wants to enforce a boycott. Reason being? The series uses live animals instead of CGI.

This disappointment by PETA was expressed in a statement on their official website, posted December 22.

According to PETA Animals in Film and Television Associate Director Lauren Thomasson:

“Netflix’s The Witcher has a monster problem, in that producers apparently monstrously chose to exploit a live lemur and squirrel monkeys, among other animals, instead of using modern and humane computer-generated imagery.”

“The entertainment industry typically prematurely separates these animals from their mothers and thwarts their instinctual needs to explore, choose mates, raise young, and forage, which is why kind audiences should skip The Witcher and instead toss a coin to the many films and shows that feature only willing human performers,” concludes the statement.

PETA further took to Twitter to discuss their thoughts – and wrote the following caption along with a video which featured some of the live animals used in the series:

“From a lemur to an owl to a camel, #Netflix is apparently choosing to exploit the animals of the Continent while other productions are using CGI. Even in a fantasy world animals aren’t actors: leave them off screen.”

The @witchernetflix has a monster problem ❌ DON’T BINGE IT ❌

From a lemur to an owl to a camel, #Netflix is apparently choosing to exploit the animals of the Continent while other productions are using CGI. Even in a fantasy world animals aren’t actors: leave them off screen. pic.twitter.com/AcdGnJu2EK

Netflix has yet to respond to PETA, as of this writing. But considering the records that The Witcher is breaking and how well-received the Netflix series continues to be, they probably don’t need to. It looks like PETA and their attempt to boycott The Witcher has failed at the moment. Of course, if there are any future noteworthy developments then fans can stay tuned to ScreenGeek as we have them.