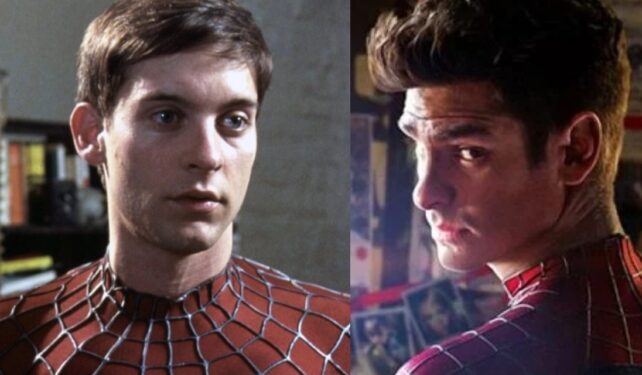 Andrew Garfield and Tobey Maguire apparently saw the film together opening night in a theater – and no one even knew they were there – which is pretty crazy to think about, given just how packed theaters were for the movie on its first day.

It appears there was also a photo taken afterwards, which you can see below:

Ladies and gentlemen! Here is the pic of Tobey and Andrew the night they snuck in to watch the reactions!

Originally they had just stayed to see the reactions to their entrance, but ended up staying for the whole film lmao. #SpiderManNoWayHome pic.twitter.com/OVXOtYqjrq

As revealed in an interview with Matt Cohen, via ET, Andrew Garfield first explained the experience by saying how the idea was first pitched to him.

“First and foremost, I am a fan, so when Amy Pascal and Kevin Feige and John Watts asked to have a word with me and talk to me about an idea, and they pitched it, it was like I was the fans in the audience, watching it onscreen for the first time with like, the three Spider-Men across universes sharing a frame together,” he said. “And like, your head, your little head, it just explodes. So, that’s the main thing in me that I feel about it.”

“And then, the fact that I get to be one of those people wearing the suit next to my actual Spider-Man hero, Tobey Maguire, and the brilliant, incredibly talented, heartfelt, funny, good, sweet, perfect Spider-Man of Tom Holland, and I get to be the middle brother, and I get to be in awe of my older brother and in full longing to protect my younger brother,” he went on to say. “And also, there’s something spiritual that kinda happened and happens, and that we were exploring in the film, which is like, archetypically, the character is so alone, the isolation, that’s an important part of the character in terms of the canon of Spider-Man, for me in a way.”

Andrew Garfield later specified how he and Tobey Maguire snuck into a showing of Spider-Man: No Way Home.

It’s a great story, and shows just how important Spider-Man: No Way Home is to Andrew Garfield and Tobey Maguire as it is to fans.