‘Alien’ TV Series Will Focus On Technology Over Xenomorphs 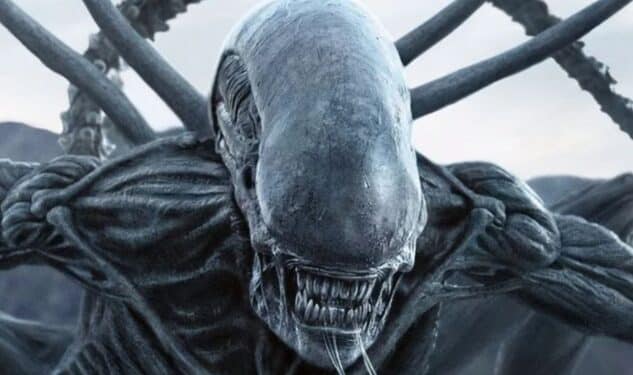 It was previously announced that the Alien sci-fi horror franchise would be headed for television. While development on the upcoming series has taken some time, we now have some new details about the show. As it turns out, there seems to be a focus on the threat of technology as opposed to traditional Xenomorphs in this upcoming Alien series.

This information was shared by Noah Hawley, who recently spoke with Esquire about the project. He also explained that the project will be set on Earth. As such, it sounds like the Alien series will be showing a very different side to the franchise instead of the familiar Xenomorphs in space approach.

Here’s what Noah Hawley had to say:

“It’s set on Earth of the future. At this moment, I describe that as Edison versus Westinghouse versus Tesla. Someone’s going to monopolize electricity. We just don’t know which one it is … In the movies, we have this Weyland-Yutani Corporation, which is clearly also developing artificial intelligence-but what if there are other companies trying to look at immortality in a different way, with cyborg enhancements or transhuman downloads? Which of those technologies is going to win?”

“Alien is a fascinating story because it’s not just a monster movie; it’s about how we’re trapped between the primordial past and the artificial intelligence of our future, where both trying to kill us. As Sigourney Weaver said in that second movie, ‘I don’t know which species is worse. At least they don’t [frick] each other over for a percentage.’ Even if the show was 60% of the best horror-action on the planet, there’s still 40% where we have to ask, ‘What are we talking about it, beneath it all?’ Thematically, it has to be interesting. It’s humbling to get to play with the iconography of this world.”

Noah Hawley seems to have a great understanding of the franchise, so hopefully he’ll be able to deliver a story that pleases fans. After the divisive releases of Prometheus and Alien: Covenant, and two retconned AVP films, they will have to work extra hard to win back fan support.

It’s unknown when the Alien TV series will be released, but it’s expected to premiere on both FX and Hulu.