Amber Heard Blamed For The End Of Jason Momoa’s Marriage 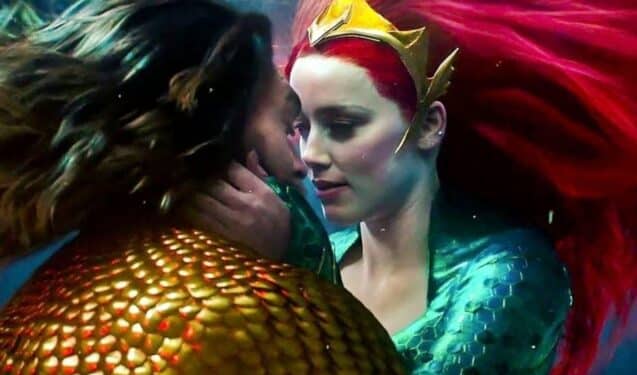 It’s recently been announced that actor Jason Momoa has ended his marriage with Lisa Bonet. The two were together for 16 years, which means their divorce might come as something of a shock. So much so, in fact, that some fans are blaming Jason Momoa’s Aquaman co-star Amber Heard for the end of his marriage.

Unfortunately, as of this writing, it looks like Jason Momoa took down the initial announcement which was made on his Instagram page. However, GFR managed to quote some of the statement before it was removed.

Here’s how they summed it up, and note that it didn’t include anything about actress Amber Heard:

“The statement begins with them telling readers that they have ‘felt the squeeze and changes of these transformational times,’ and that they are ‘parting ways in marriage.’ They assure fans the love between them ‘carries on, evolving in ways it wishes to be known and lived. We free each other -to be who we are learning to become.’ They end it with ‘J & L.’ After the statement comes a number of photos, including one of an early evening sky, and one of someone holding a bird while wearing a shirt that says ‘May my soul shout love.'”

Indeed, the message that Jason Momoa made seems very dedicated to the marriage he and Lisa Bonet once had. It also doesn’t seem as though anyone else was involved with the breakup. Nevertheless, that hasn’t stopped fans from pointing fingers at Amber Heard for the end of Jason Momoa’s marriage. Specifically, fans think they might’ve started seeing one another while working together; similar to how she initially started dating Johnny Depp. Here’s what fans are saying on social media:

SUSPICIOUS! Especially, when the news spreads about Amber Heard had flirting with Momoa.

What the F*CK did Amber Heard do now? #JasonMomoa #LisaBonet

The wait and see if she struck again has started. #JustSaying

Others believe that even if a romantic relationship between Jason Momoa and Amber Heard hasn’t developed, at least not yet, that Lisa Bonet might’ve wanted a divorce simply because Momoa didn’t stand up for Johnny Depp.

Jason Momoa & Lisa Bonnet are divorcing. I think it’s because he never stood up for Lisa’s friend Johnny Depp & allowed her into their lives. Being friends with Amber Heard has its consequences. Lisa even said she wasn’t happy he was working with her. You listen to your wife. 🤬 pic.twitter.com/9N6nIctkD0

Amber Heard on hearing that Jason Momoa and Lisa Bonet are to split.

Of course, all of this is just speculation. But considering the crazy sequence of events that have led us to this point, anything really is possible. Though if Amber Heard is to blame, so too is Jason Momoa since it would also be his decision overall to end his marriage with Lisa Bonet.