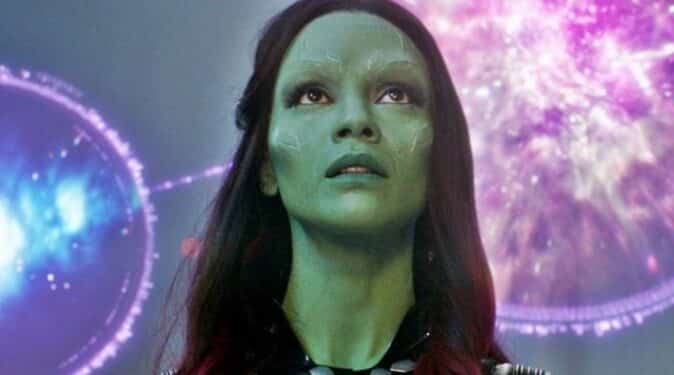 The Marvel Cinematic Universe is continuing forward with both new and returning characters. And while there are plenty of new faces to see in the MCU, that doesn’t mean the classic characters look exactly the same, either. In fact, Gamora is getting to undergo an interesting change for the upcoming film Guardians of the Galaxy Vol 3. It’s worth mentioning that this isn’t a massive change, but it is a subtle one that makes the character a little more comic-accurate. And at this time, Marvel seems to be all about making their characters look more comic-accurate than ever.

As revealed by Gamora actress Zoe Saldana on Instagram, she’s been back in the familiar makeup for the beloved character. This time, however, it looks like they’ve given the addition of yellow eyeshadow since her last appearance in Avengers: Endgame.

You can see the new Guardians of the Galaxy Vol 3 look for Gamora in the post below:

The character is often depicted with this yellow eyeshadow in the comics. So while it’s a new change for the cinematic version of Gamora, it will be familiar for those who tend to read the comics. It’s currently unknown if there’s going to be any context for this change, however. Nevertheless, it’s nice to see a change for Gamora and it shows how far she’s come along since her first cinematic appearance.

Guardians of the Galaxy Vol 3 is being both written and directed by James Gunn, who handled the previous two films in the trilogy. There aren’t many details given about the film’s plot at the moment.

Aside from the aforementioned Zoe Saldana, Guardians of the Galaxy Vol 3 will also star Chris Pratt, Dave Bautista, Karen Gillan, Pom Klementieff, and the voice talents of Bradley Cooper and Vin Diesel. Will Poulter is joining the cast as Adam Warlock.

The upcoming MCU film Guardians of the Galaxy Vol 3 is scheduled for a May 23, 2023 release date.