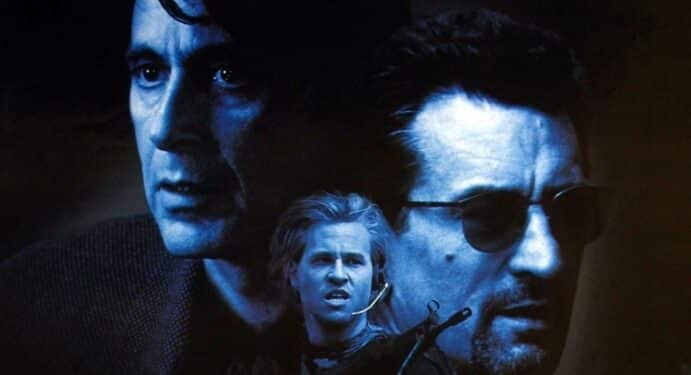 The gods have apparently heard film lovers’ prayers because we’re getting a sequel to Michael Mann’s Heat… just not the way you might not think. 1995’s crime classic Heat starred a collection of big Hollywood players including Al Pacino as a Los Angeles detective hunting professional bank robber Robert De Niro and his crew. The film has been regarded as one of Michael Mann’s best movies and it was announced via Mann’s very own Twitter that a sequel, titled Heat 2, will be released this year.

The thing is, is that Heat 2 will come in the form of a novel.

Mann also shared a few details regarding the novel with Deadline which would not only explore events following the ending of Heat but also feature several flashbacks as well.

“It’s been my intention for a long time to do the further stories of Heat,” Mann said while speaking to the folks over at Deadline. The director continued, “There was always a rich history of back-story about the events in these people’s lives before 1995 in Heat and projection of where their lives would take them after.”

Novels expanding the story from a movie is nothing new and seems to be back in style. Last year, director and writer Quentin Tarantino wrote the novel version of Once Upon a Time in Hollywood that featured background stories on some of the characters from the movie that were hinted at. It looks like Mann’s Heat 2 novel is just perfect timing.

The novel is Mann’s first go at this craft which is the outcome of his multi-million-dollar deal with HarperCollins imprint William Morrow. Being a huge fan of the movie myself, I’ll be grabbing this book when it’s released on August 9th.