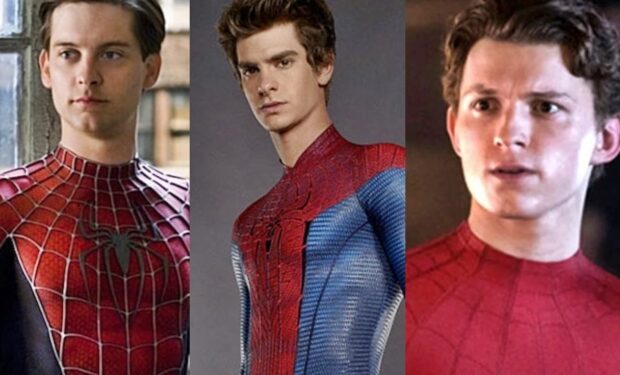 There are currently three live-action Spider-Man film franchises, each of which led by a different actor. As such, different generations have grown up with varying takes on the iconic character, all of which have their own fans. What’s interesting, however, is seeing which take on Spider-Man happens to be the favorite of these fans. Now a poll we decided to take has given a rather surprising answer.

As it turns out, none other than actor Andrew Garfield is in the lead. The actor recently returned alongside Tobey Maguire in Spider-Man: No Way Home, which was quite a surprise after so much time passed since The Amazing Spider-Man 2. Nevertheless, it’s clear that the actor still has his fans.

As you can see in the poll we took below:

Poll: Which Spider-Man actor is your overall favorite?

It seems that 40% of fans voted on Andrew Garfield as their favorite Spider-Man, while Tobey Maguire was second at 31%. In third place was actor Tom Holland, with 28%. These results are rather interesting since Tom Holland is the current Spider-Man, at least in the MCU, with Tobey Maguire having been associated with the role for the longest. But there’s been a lot of fan support lately to have Andrew Garfield return for a third Amazing Spider-Man film, so that might be why the actor has been hyped up so much in the poll. Of course, Tobey Maguire has also been featured in similar fan campaigns to return in a fourth Sam Raimi Spider-Man film – but since the actor has already had a complete trilogy, it makes sense that Garfield would take precedence.

In any case, it’s nice to see all three Spider-Man actors find relevancy in today’s age of reboots and retcons. The three have all made their individual marks on the role, and it’s great to have had them all together in Spider-Man: No Way Home. With such a surprise crossover having come to fruition, it seems reasonable that there could still be more appearances from both Tobey Maguire and Andrew Garfield while Tom Holland stars in another trilogy of films. As such, we’ll just have to wait and see what happens. And this includes seeing if there’s a shift in popularity.