A Surprising Movie From The Conjuring Universe Is Blowing Up Netflix 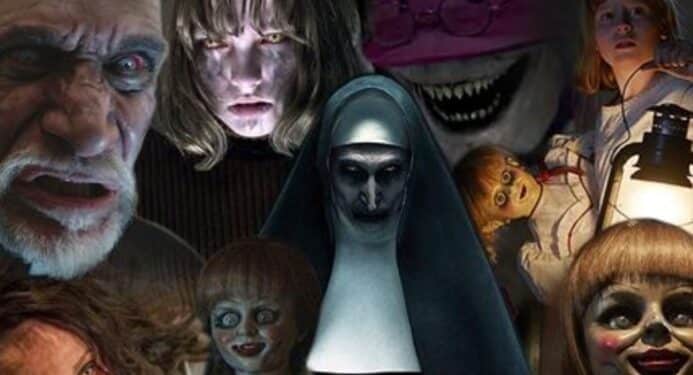 It goes without saying that James Wan’s horror film The Conjuring has become one of the most iconic horror movies of the 2010’s. It immediately spawned a massive franchise containing sequels, prequels, and spin-offs. It’s perhaps one of the few modern films to successfully duplicate Marvel’s cinematic universe concept. As such, we’ve already received a trilogy of spin-offs surrounding Annabelle, the possessed doll that we only see momentarily in The Conjuring. And these films have tended to be just as successful, with Annabelle: Creation currently the third most-watched title on Netflix as of this writing.

The news that the 2017 horror film reached such a high spot on the streaming platform was revealed via FlixPatrol. While it isn’t exactly surprising to see a film from the Conjuring franchise receive some attention, it isn’t exactly one of the main entries in the series, either. So it’s definitely interesting to see it reach the third-most watched spot as of this writing.

David F. Sandberg directed the film which acted as a prequel to Annabelle. While the 2014 Annabelle film wasn’t quite as well received as The Conjuring, it was Annabelle: Creation that served as a sort of course correction for the spin-off series. It received much better reviews and more efficiently served its purpose of giving the possessed doll its own notable horror movie. What’s more, it eventually paved the way for Annabelle Comes Home, what’s so far the last film in the Annabelle series.

But the creepy doll has proven that she doesn’t stay put. And with the ongoing popularity of the character and these spin-off films, it seems reasonable that she’ll probably be back sooner than later. In fact, there are still several other spin-offs in the Conjuring franchise that are being developed. So we’ll still have plenty of ghosts and horrifying entities to look out for.

As such, fans can stay tuned to ScreenGeek for updates on Annabelle and her creepy series as we have them. In the meantime, it looks like Netflix is a great place to revisit Annabelle: Creation and see the beginnings of the horrifying character.