‘Fight Club’ Has Been Given A Very Different Ending In China 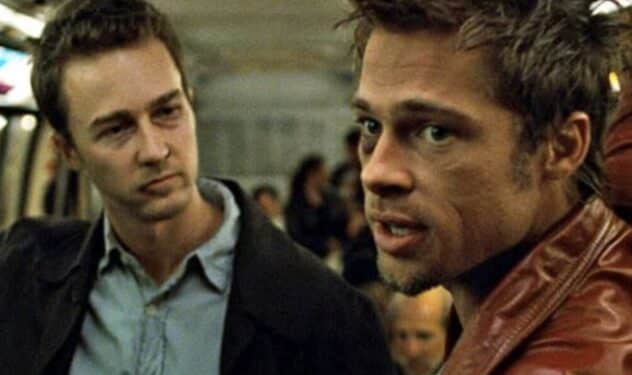 David Fincher’s 1999 film Fight Club is an iconic movie for a wide variety of reasons. It could probably be considered sacrilegious by movie buffs everywhere to change any aspect of the movie. Unfortunately, it looks like that sad day has finally come for viewers in China. As it turns out, the video streaming service Tencent Video in China has actually censored and changed the ending of Fight Club for its viewers.

This isn’t as simple of a VFX change or addition either. They actually changed the entire ending of Fight Club. Unfortunately, it’s not even clear if the ending was changed because of self-censorship or government order. For those who are familiar with Fight Club, they know the film ends with the Narrator (Edward Norton) killing his split personality Tyler Durden (Brad Pitt) while also blowing up a city skyline.

Now, as revealed by Vice, with the sequence removed – there was only one thing left to do. They added a caption at the end of the film which totally changed the outcome. Here’s what it reads:

“Through the clue provided by Tyler, the police rapidly figured out the whole plan and arrested all criminals, successfully preventing the bomb from exploding,” a caption said. “After the trial, Tyler was sent to lunatic asylum receiving psychological treatment. He was discharged from the hospital in 2012.”

Unfortunately, this isn’t the only case of censorship or alteration of a foreign film in China. In fact, the country does it quite often, with many films having sequences or entire storylines changed to adhere to the Communist Party‘s ideals. It just so happens that the film Fight Club is the latest movie to get said treatment in China.

At the very least, this will probably make fans of the film appreciate the original ending that much more. It’s just unfortunate so many will be denied the original cut of the film.