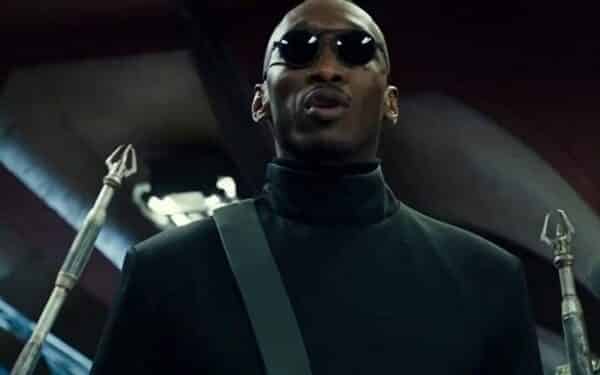 As with most Marvel Cinematic Universe projects, Marvel’s Eternals film set the stage for a variety of new Marvel characters and continuations. In particular, they gave a few stepping stones for the upcoming Blade adaptation. And now it looks like actor Kit Harington will be joining Mahershala Ali in the upcoming Blade film as a result.

As those who’ve seen Eternals know, Kit Harington plays Dane Whitman in the film. He’s the love interest of Sersi, and while there isn’t much to him in the final film, he does appear in the post-credits scene. The character is shown acquiring the Ebony Blade, a weapon that will transform him into The Black Knight.

Suddenly, a final tease is given, when the voice of Blade as played by Mahershala Ali states the following:

“You sure you’re ready for that, Mr. Whitman?”

It’s an interesting tease, and suggests that Kit Harington will show up in the upcoming Blade film led by Mahershala Ali. Now Eternals VFX Supervisor Stephane Ceretti has teased in an interview, via ComicBook, that they’ll be working on Blade next. Here’s what they said regarding the project and how it will include the Ebony Blade:

“The funny thing is my second on the show, which is Mårten Larsson my additional supervisor, is actually going to be supervising Blade very soon,” Ceretti explained. “So I told him, I said, ‘I’m giving that to you as a gift, use it wisely and make good out of it.’ But I’m sure it’s going to do actually even better.”

Interestingly, Stephane Ceretti added some eerie backstory to the blade and how it appears in the post-credits scene of the epic blockbuster.

“I showed Chloe [Zhao] these ferromagnetic fluids and things like that. And it’s like these little pieces of metal that you bring a magnet, and they start to all align in a way,” Ceretti said. “Actually, that effect was my idea that we should have the feeling that as he’s getting his finger close to it, the blade almost wants to suck him in. ‘I’m talking to you, and you’re going to be mine.'”

It’s definitely going to be interesting, then, to see Blade when it finally hits theaters and how it ties in with the Ebony Blade.