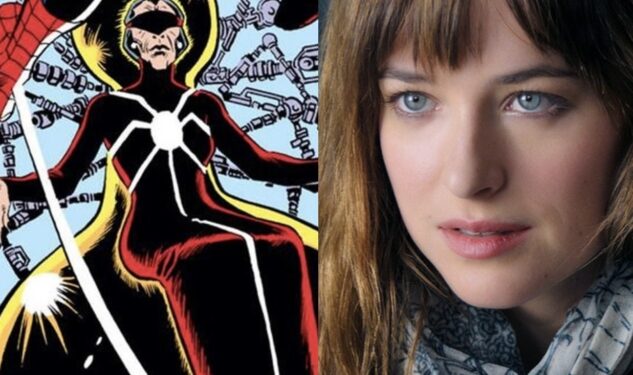 With the success of Venom and its sequel, Venom: Let There Be Carnage, as well as a Morbius solo movie on the way, it was only a matter of time before more Spider-Man spin-off movies were announced by Sony. Today, we have some pretty big news, as the Madame Web solo film has cast 50 Shades of Grey star Dakota Johnson as the Marvel character – with S.J. Clarkson set to direct.

If you’re unfamiliar with Madame Web, the character debuted in The Amazing Spider-Man 210 back in the 80’s. Web is a telepathic, clairvoyant and precognitive mutant who is typically depicted as blind, disabled and older in age, it’s clear that Sony is looking to go a different route for the movie.

It’s an interesting property for a solo film, as Web has also been used as more of a supporting character, but Sony is determined to build up their Sony Universe of Marvel Characters or Sony’s Spider-Man Universe, so they obviously have a plan to give a new spin on Madame Web.

In addition to this movie, Kraven the Hunter is also planned with Aaron Taylor Johnson in that role. It’s also likely that the studio has plans for Tom Holland’s Spider-Man to interact with these characters at some point, and with Spider-Man: No Way Home successfully bringing the multiverse together, it looks like the potential is unlimited for these types of things – and as you already know, Spider-Man has a ton of interesting characters that can be used – and Sony knows that as well.

Dakota Johnson is entering the Spider-Verse.

Johnson is in talks to play the title character in #MadameWeb, the Sony spinoff centered on the #SpiderMan character

As more details come out about Madame Web or anything regarding the Sony Universe of Marvel Characters, we’ll be sure to get them to you.