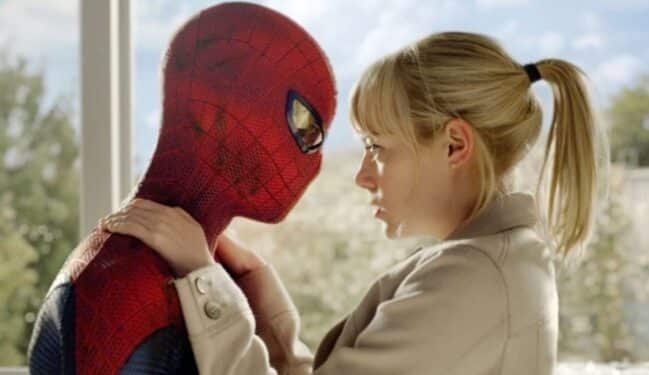 Although Emma Stone’s Gwen Stacy did not survive the events of The Amazing Spider-Man 2, that doesn’t have to be the end for the character. As depicted in the newly released MCU film Spider-Man: No Way Home, the Multiverse can allow for any number of possibilities. This includes not only saving Gwen Stacy from her unfortunate demise, but bringing Emma Stone back as beloved superhero Spider-Gwen.

The superhero version of the character has become increasingly popular over the years, thanks to cosplayers and the animated Spider-Verse films. But for live-action, it only makes sense to turn Emma Stone’s version of Gwen Stacy into the loveable Spider-Gwen. After all, it seems like the only way to do her character justice after the tragic ending of The Amazing Spider-Man 2. Now one fan has conjured up their own concept art for what Emma Stone could look like as Spider-Gwen, and she’s standing next to none other than Andrew Garfield as Spider-Man!

You can see the image below:

As they noted in the caption:

“I really want Andrew Garfield back and why not Emma stone as Spider-gwen, since now the multiverse is real and is happening.”

While this is no indication that Emma Stone will be back as Spider-Gwen, and especially not an indication of what such an appearance could look like, it’s hard not to get excited. It’s clear that both Marvel and Sony are eager to expand their respective universes, and this certainly sounds like an easy way to do it with the support of fans. As such, it’ll be interesting to see if they have any such plans for the future. Until then, there’s still enough going on with Spider-Man to hold fans over.

Meanwhile, fans can still see Andrew Garfield return as his version of Peter Parker aka Spider-Man in Spider-Man: No Way Home, which is currently playing in theaters.