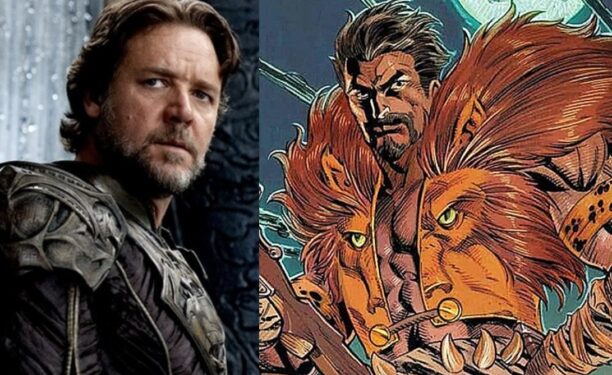 One of several Spider-Man related projects currently in development is Kraven the Hunter, an upcoming solo-film based on the iconic comic book villain. Now it’s been revealed that actor Russell Crowe has joined the cast for Kraven the Hunter, which will be led by actor Aaron Taylor-Johnson. It’s been stated that Aaron Taylor-Johnson will play the titular role, something which he’s signed on for multiple pictures to do. However, “many of the main characters are said to be Kraven’s family members,” which could hint at Russell Crowe’s role as well.

This news comes via THR, which is one of the first major developments since last year. Fans have been waiting quite some time to see a Kraven the Hunter film hit the big screen, and knowing that Russell Crowe is now part of the cast is another sign that it’s finally coming together. With a release date set for early next year, we’ll likely have more information about the project soon. It’s certainly going to be one worth keeping an eye out for.

“Kraven, who is one of Spider-Man’s best-known nemeses, made his comic debut all the way back in 1964’s The Amazing Spider-Man No. 15, with the character created by Spider-Man co-creators Stan Lee and Steve Ditko. The Russian big-game hunter decided to target the most dangerous foe he could imagine: Spider-Man.”

They also mentioned one of the most iconic storylines to involve the character:

“Over his long tenure in the comics, Kraven is perhaps best known for the classic 1980s storyline “Kraven’s Last Hunt,” in which the villain succeeds in defeating Spider-Man, burying him alive, and assuming his identity.”

It’ll certainly be interesting to see how the character turns out in live-action, especially with Aaron Taylor-Johnson and Russell Crowe attached. There are tons of potential with the aforementioned storylines, especially with how Sony and Marvel have been using their many characters. Hopefully we’ll know what direction they plan to take this film and its titular character in the near future.

J.C. Chandor is directing the film from a screenplay by Art Marcum & Matt Holloway and Richard Wenk. The film will be produced by Avi Arad and Matt Tolmach.

Audiences will be able to see Kraven the Hunter when it hits theaters early next year, on January 13, 2023.