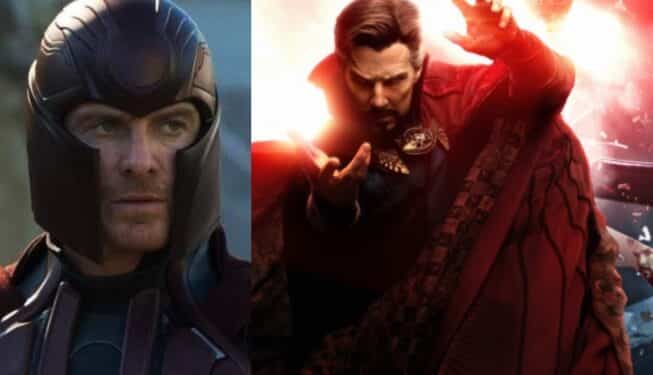 The next theatrical installment in the Marvel Cinematic Universe, Doctor Strange in the Multiverse of Madness, is on its way. The new film will be released to theaters in just a few months, and a new trailer was finally released. The footage revealed a lot of information regarding the upcoming superhero film, and that includes some potential cameos that are set to blow the minds of fans everywhere. While there aren’t any cameos for the X-Men character Magneto confirmed, it does appear that a location closely tied with the character is in the Doctor Strange sequel.

In particular, this location is known at the Savage Lands, and fans can see the locale clearly in the new trailer. This spot will be familiar for fans of the comic books, because Magneto actually used it as his secret hideout for quite some time. Thus, while Magneto hasn’t been confirmed for Doctor Strange in the Multiverse of Madness, it seems possible that his appearance is being set up by Marvel.

As you can see at 1:24 in the newly released trailer:

As mentioned above, it isn’t confirmed that Magneto will be appearing in the film. But seeing the Savage Lands onscreen certainly provides plenty of potential. Especially when you consider that actor Patrick Stewart, who played Professor X in the X-Men film franchise, is also part of the trailer. Hopefully we’ll have more details soon, and as such, fans can stay tuned to ScreenGeek for updates as we have them.