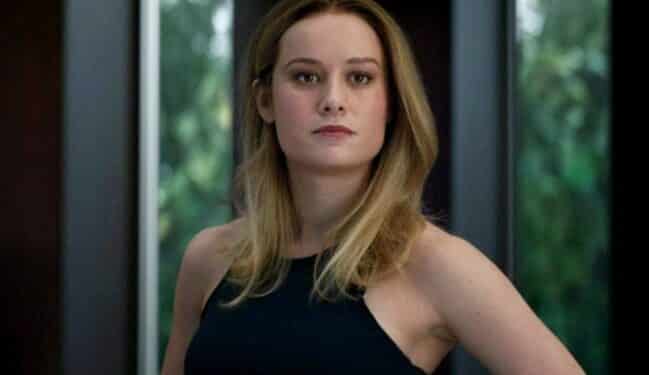 Although Brie Larson is often the center of controversy, it seems she’s now the center of attention for entirely different reasons. Specifically, Brie Larson posted some images on Instagram of herself wearing a wet, see-through dress that looks about as stunning as it sounds.

Furthermore, she added a caption that draws focus to her seashell earrings that can be seen dangling below her ears. She wrote the following:

“If you listen closely, you’ll hear the ocean in my earrings.”

Here are the photos down below:

Of course, as you can see above, it’s highly unlikely that fans will pay much attention to her earrings. As the headline suggests, the real center of attraction is Brie Larson herself, as she poses in her gorgeous see-through dress. And considering she’s dripping wet, it seems that these photos were taken just after the actress decided to go for a swim. For someone who’s often sharing training and exercise videos, this is a nice change of pace.

Meanwhile, actress Brie Larson is set to reappear as Captain Marvel in a variety of upcoming Marvel Cinematic Universe projects. This includes the upcoming film The Marvels, which will act as something of a follow-up to the Disney Plus series Ms. Marvel. As such, fans can stay tuned to ScreenGeek for updates on these Marvel projects as we have them. Brie Larson has stated in the past that she’s just getting started in the role, so we can probably expect much more of the actress within the Marvel Cinematic Universe in the near future.

The Disney Plus series Ms. Marvel is expected to premiere at some point this year. As for the follow-up film The Marvels, which also follows the events of Captain Marvel with Brie Larson, that film is currently scheduled to be released in theaters on February 17, 2023.